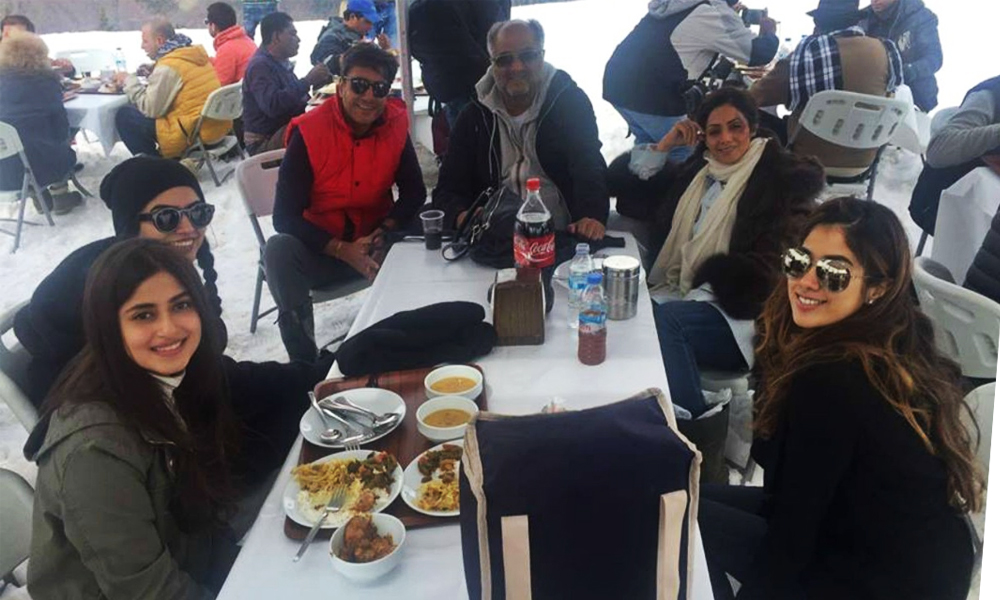 Not just one, but we will be seeing two Pakistani stars in the upcoming Bollywood film ‘Mom’. The youngest sensation of the Pakistani drama industry Sajal Aly is playing the role of an 18-year-old daughter of Sridevi and she was recently spotted on the sets of the movie along with other stars; Adnan Siddiqui will be playing the role of Sri Devi’s husband in the movie.

Sridevi’s starrer movie Mom revealed Sajjal Aly on the sets of her first Bollywood debut movie; her daughter Jhanvi Kapoor was also spotted on the sets.

Sajjal was seen smiling for the camera and right next to her was Boney Kapoor who was seen observing Aly’s performance on the set. Do not fall in Love darling, RISE in love💙

On the other hand, Adnan Siddiqui has been cast as Sridevi’s husband and Aly’s father in the upcoming movie. The first sequels of the movie Mom were shot in India. After wrapping up the shoot in India, the team moved to Georgia to complete the shoot. Both Sridevi and Sajjal Aly shared some mesmerizing images from the set of the film.

Directed under the name of Udyawar, the film Mom is a story that shows a beautiful bond of a mother and daughter played by Sridevi and Sajjal Aly respectively.