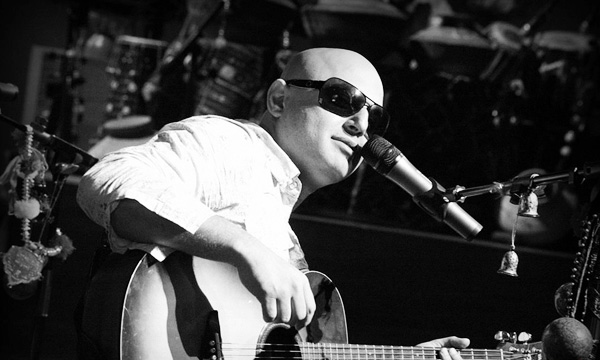 If you are a music enthusiast and want some classy music, then Ali Azmat is on his way to bring something amazing for his fans.The talented and iconic singer of Pakistan, Ali Azmat is all set to release a new album soon.  The pop rock singer revealed his plans about coming with a brand new album.

In an interview he said: “I’m working on a new record.”

Azmat who will be seen in the upcoming season of Coke Studio which is produced by Strings denied to reveal anything regarding Coke Studio, however, he did tell about his future plans.

Apart from singing and working on his own album, Azmat also told the sources that he is working in a film. The star also shared that he is locked and loaded for the music show. Fans are waiting for his appearance in Coke Studio 8 though the star is keeping a secret for his fans about it.

Azmat has been an active member of another music show in the past; Pakistan Idol. Mohib Mirza, the host of the show revealed that there will be the second season of this program; Azmat, however, said that he has no idea about such news. He said: “I haven’t heard anything, total silence.”

Ali Azmat is among one of the exceptionally talented singers that Pakistan music industry has ever seen. These days, Azmat is traveling across Pakistan; he has posted various pictures of his adventures across Pakistan’s beautiful, scenic locations on his official Facebook Page.