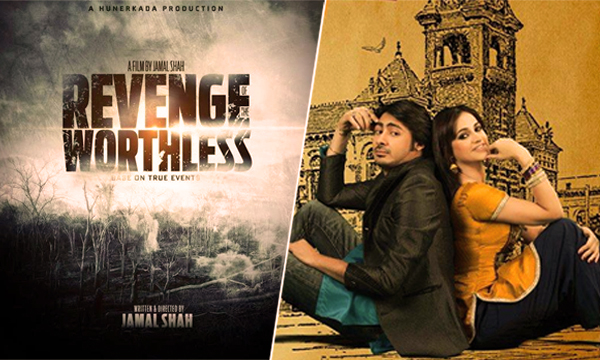 July 2016 was a good year for movies- with almost 4 Pakistani movie releases, the cinemas are filled with moviegoers and fans alike! With Sultan being the highest grossing movie in Pakistan, our Pakistani movies surely do tend to suffer. July 22nd witnessed 3 Pakistani movie releases namely Revenge of the Worthless that received great reviews and managed to reap 1.6 crores at the box office on the first weekend. Ishq positive and Blind Love, however, failed to impress the audiences.

According to the Lollywood box office reports, the Pakistani movie Revenge of the worthless left Ishq Positive quite behind in terms of Box office collections. The first day and first weekend collections of ROW, according to BoxWatch.com reaped over 70 lacs on the first day while making 40 and 50 lacs on the 2nd and 3rd day respectively. The movie managed to reap 1.6 crores over the first weekend, as per some unofficial reports.

Revenge of the Worthless Movie: All You Need to Know

Revenge of the worthless, a Jamal Shah production is a film about the blacks days of Swat valley. The tale showcases the insurgency and terrorism impact in Swat and its dire effects on the city’s’ locals. Watch the trailer of the movie here.

The movie has highlighted the Pakistan military and the brave people of Swat. The movie has also brought to light the works of the youngest Noble price winner girl ‘Malala Yousaf Zai’ and her father.

The movie has been scripted, produced and directed by Jamal Shah himself. He was all set to create a documentary with the same subject but in the end decided to go ahead with directing a movie instead.

@jamalshah56 2day we watched "The Revenge of the Worthless"
Indeed a good picture with best script, acting, cinematography, with best making

One should go & must watch Revenge of the Worthless, a movie by Jamal Shah. "Life, Struggle & Hope" of SAWAT Valley. Greta movie of the time

The movie Ishq Positive apparently did not fare well at the box office as it only earned 60 lacs on the first day. The overall average over the weekend at the box office was 1.2 crores which signaled a drop at the movie’s earnings.

The movie itself had nothing new to offer, story wise. It had not so funny jokes, bad direction, and a few gaudy item songs. The chemistry between the lead actors, Noor and Wali wasn’t believable. It had all the nostalgic ingredients of the previous Lollywood films and horribly flopped. The lead is played by Noor Bukhari of a vivacious character Rajjo who falls for  Wali (Wali Hamid Ali Khan) and hence their love is tested in many ways. The lush scenery couldn’t even distract the viewer from the quality of the dialogues and storyline.

'Ishq Positive pronounced another one of Lollywood's failures'
I ask, was there like a chance of Ishq Positive being a cinematic success?

Decided to watch #IshqPositive..suffering from nostalgia of bad #Lollywood films. Please can we look towards the future,not the past?

#IshqPositive has amazing #music while #rotw Reveng of the worthless has interesting questions in it .just in case if u can't makeup ur mind

Decided to watch #IshqPositive..suffering from nostalgia of bad #Lollywood films. Please can we look towards the future,not the past?

Sultan, on the other hand, has become the highest grossing Indian film in Pakistan. This record was previously held by Amir Khan’s Dhoom 3- the movie earned Rs 24.5 crores. According to Box office detail, Sultan has earned Rs 25 crore in three weeks.