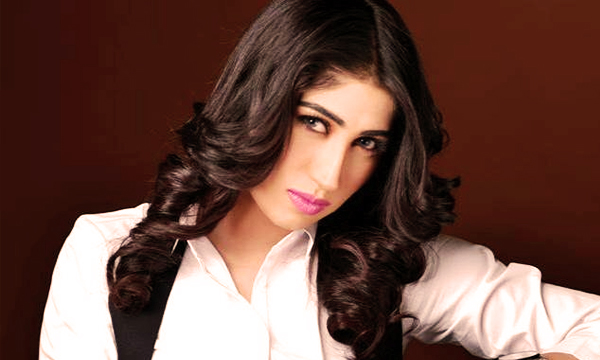 In a shocking turns of events, the social media sensation Qandeel Baloch has been murdered by her brother in Multan, Saturday morning, in the name of honour killing.

Reports claimed that Qandeel had been receiving threats from her brother and some other unknown sources owing to her provocative pictures and videos on Facebook.

“Baloch was killed by her brother over honour in Muzaffarabad’s Green Town area,” the RPO of the area told The Express Tribune. “It appears that she was strangled to death,” he added. Some reports have suggested  that Qandeel was shot dead while others claimed that she had been strangled to death.

Her parents told a local news source that she was strangled to death last night. “Wasim, 30, killed her last night following an argument,” her parents said. They said that her body was found in the morning. Her parents have also been taken into custody.

Qandeel had earned quite the reputation locally and internationally- her death has shocked the entire country! Love and support poured in from all over. See how the Pakistani celebrities and others reacted to her shocking death:

#QandeelBaloch killed in an #honorkilling– how many women have to die before we pass the Anti Honor Killing Bill?

Spoke to Qandeel Balouch last night! she was so sweet and excited and ALIVE! This is horrible.When does this stop!

Qandeel Baloch was not an asset for Pakistan but was a human. Show some respect. RIP QANDEEL

#QandeelBaloch strangled to death by her brother! Whatever she may have been or done to shock our moralists, this is just so barbaric.

She didn't conform to the norm, outspoken& unapologetic, silenced 4 ever. Shocked & saddened at #QandeelBaloch's murder

What does honour killing even mean? What kind of barbaric societies are we growing into? Killing a helpless woman. I pray for her peace

If you look like this and talk like this it can get you killed. Another bleak day for Pakistan and its 'honour' https://t.co/HmUoR7esC5

There is no excuse to murder. Her killers must be punished. #QandeelBaloch

Qandeel Baloch is dead. Killed by her brother. Another honour killing. When is this going to stop?

Oh my god. She was worried abt her safety. She wanted to flee the country. What the.. I can't believe this. #QandeelBaloch

#QandeelBaloch didn't kill any human being, didn't leave her Religion & didn't do blashmey acts so under what Islamic law, she was killed?

They will kill #QandeelBaloch for bringing Bad name to Pakistani society, But will keep honoring Hafiz saeed as if he brings Olympic medals.

“The brother was also there last night and the family told us that he strangled her to death,” another police official Azhar Akram told AFP.

Qandeel’s brother is now on the run while an FIR for Qandeel’s murder has been nominated in the name of Mufti Abdul Qawi. Qandeel had fled to Multan without disclosing her location to anyone, owed to the constant security threats she was receiving.

The social media sensation Qandeel Baloch just released of one of Pakistan’s raciest music video ‘BAN’ with singer Aryan Khan, the social media queen has now confessed that she was married to Aashiq Hussain and even has a son.

Qandeel has recently been in the limelight for posting selfies with Ruet-e-Hilal Committee member, Mufti Qavi. She is known for posting racy videos and selfies on her social media accounts. “My husband used to beat me up,” Qandeel said while speaking to Express News.

Baloch admitted to having a son with Hussain. However, she also said, “He never told my child I am his mother. It was a forced marriage.”

Aashiq Husaain on the other denied all her claims and stated that it was a love marriage. “I still have letters which she wrote with her blood,” he said.

“She wanted a car and bungalow from me,” Hussain said. “I never contacted Aashiq Hussain after the divorce,” she told Express Tribune. “I took a divorce because I wanted to study further and work but I was forcibly married,” Qandeel added.

“He tortured me day and night during the one year I was married to him,” Qandeel said. “After a year, I ran away with my son and sought refuge in Darul Aman,” she continued.

Her son then fell sick and because she could not afford his treatment she was forced to give Hussain the custody.

“I will fight for my son now,” Baloch said.

Qandeel further added that she was married to a man from Kot Addu when she was 17 and it was a forced arranged marriage.