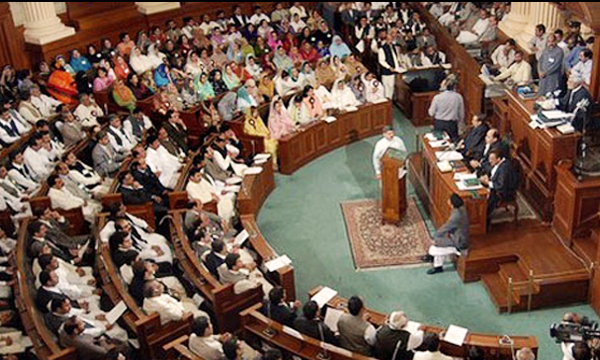 Punjab Marriage Functions Bill that is intended for regulation of marriage related celebrations was passed today by the Punjab Assembly. The bill mainly states that flamboyantly elaborate wedding functions and more than a single food item is strictly prohibited by law.

Similarly, excessive display of dowry is also discouraged and if done will be penalized. Main stipulations of the Punjab Marriage Functions Bill are stated below:

The bill clearly spells out the penalty to be handed out to those who violate the law:

“If a person contravenes the provisions of sections 3, 4, 5 or 6, he shall be guilty of an offence punishable with simple imprisonment for a term which may extend to one month and fine which shall not be less than fifty thousand rupees or more than two million rupees”