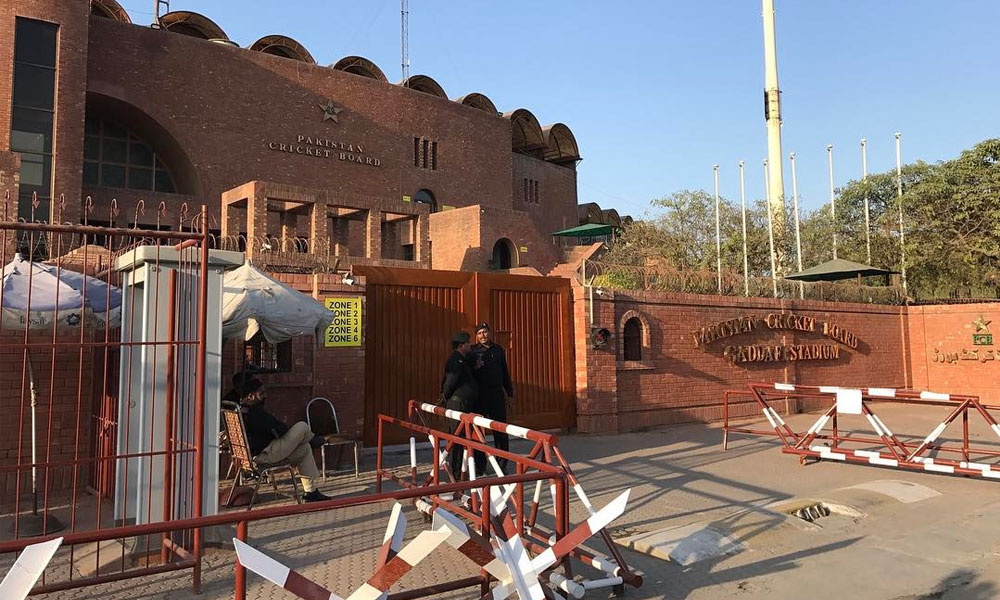 You will not believe how drastically Pakistan Cricket Board has transformed Lahore’s Gaddafi Cricket Stadium for PSL 2017 final which will take place on Sunday, 5th March. In order to make sure everything goes according to plan, and that everyone enjoys the final with sheer joy and entertainment, the management has taken many different approaches.

The entire stadium has been renovated, the seats have been re-colored and have been properly set in the aisles. The grass has been refreshed, the skies are clear, the stadium is sparkling clean, and is ready to entertain over 27,000 cricket fanatics!

“We are carrying out minor repair renovation work at different parts of the stadium and with the completion of the work, the stadium will give a fresh look,” said a PCB official on Wednesday.They added,

They added, “We are going to host a major cricket event after a long time and that is why we are revamping the stadium in all aspects. The walk through security gates is also being installed at the entrance of the stadium to ensure the best security for all.”

Director General Sports Board Punjab (SBP) Zulfiqar Ahmad Ghumman said, “The SBP is making special arrangements to facilitate the PCB for holding the final in a befitting manner.”

In additional preparations, according to sources, “Schools have been closed as per the security plan for the final match of PSL that will be played at Gaddafi Stadium. “The schools will not be allowed to open on Saturday or Sunday for any activity.”

Moreover, the stadium is being checked from time to time. “This is a gift from PCB to Pakistan Super League (PSL),” said Chairman Pakistan Cricket Board Shahryar Khan.

Lahore traffic police have initiated a plan to ensure everyone has a pleasant experience while making the best of PSL 2017.  According to the plan, specific parking areas for the spectators and routes for transportation have been clearly explained.

Shah Jamal and Zahoor Elahi Road from Canal Road would be opened for traffic whereas Cantt route will be taken from Kahna and Kot Lakhpat. Those travelling to Mughalpura will use Walton Road route while the flow of traffic will be normal at Firdous Market, Hussain Chowk, M.M Alam Road and Main Boulevard.