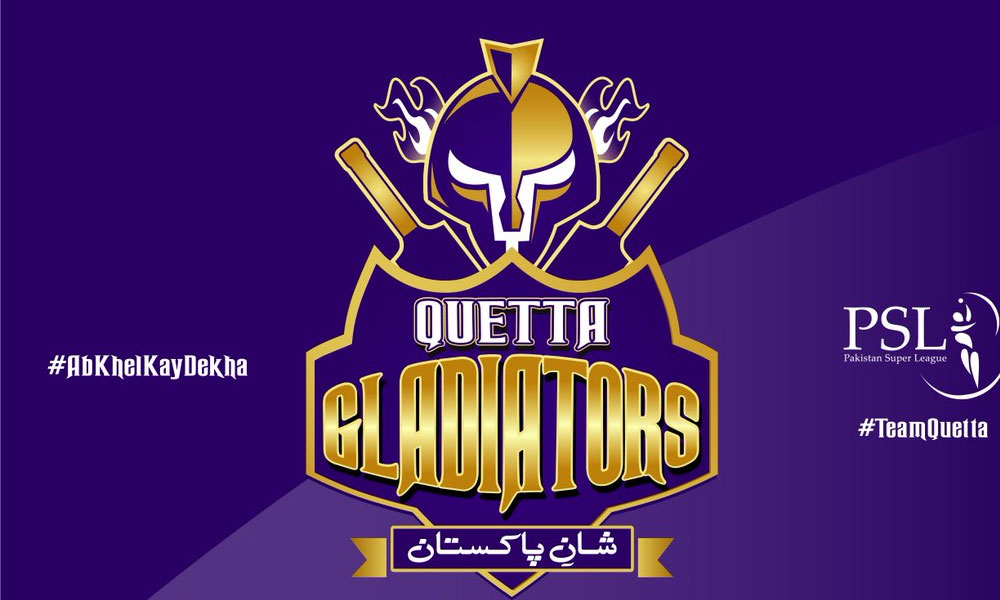 Quetta Gladiators is one of the five Franchise teams of PSL T20 tournament represented by the city Quetta. The team is owned by Karachi-based firm Omar Associates- who purchased the squad for 11 million USD.

Have a look at the logo, team squad and fixtures schedule for Quetta Gladiators below:

The logo color of Quetta Gladiators is purple and golden. Team name, logo and Kit was revealed on 6 Jan 2016 in a ceremony by team owner Nadeem Omar in Quetta. View the PSL 2016 Quetta Gladiators Team Logo below: Former British captain, Kevin Pieterson and Ahmad Shehzad are the icon players for Gladiators team. Pieterson is likely to head the Quetta team in PSL 2016. See the full list of Quetta Gladiators Team Squad 2016 below:

According to the first season of Pakistan super League T20 Schedule, Quetta Gladiators team will play their first match against Islamabad United on February 4th, 2016 at Dubai International Stadium.

Check out the Upcoming Match Schedule for Quetta Gladiators below: