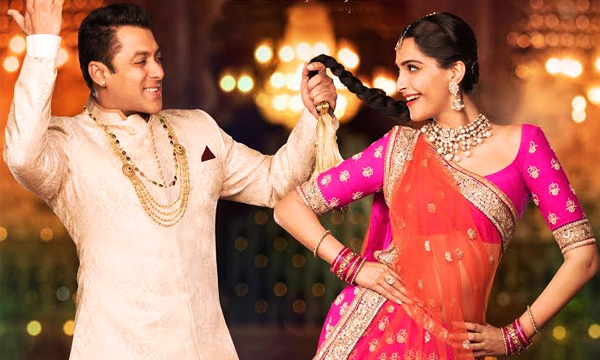 Bhaijaan is back again with a Big Bang! After hitting blockbuster of Salman Khan’s latest film Bajrangi Bhaijan, his next upcoming film Prem Ratan Dhan Payo is already a hit even before hitting the silver screens. The movie has earned over 70% of its production cost before its screening.

After winning the heart of his onlookers in Bajrangi Bhaijaan as a Hunuman devotee, Salman Khan says that Prem Ratan Dhan Payo is the “most delightful” film he has done in his vacations.

The big budget film, Prem Ratan Dhan Payo is made on a production cost of 80 crores, including the print and the advertising cost. Soon after the release of the music and satellite rights the movie owners earned up to 57 crores before the film screening. 23 crore, which is the remaining production cost of the film is supposed to be earned after the screening of the film in theaters.

Salman Khan says that the film Prem Ratan Dhan Payo is not only about box office numbers, but it’s a film that every person should watch with the entire family. In a press meeting he said:

“This film is not about numbers or promotion. This film is about ‘go and see it with the family’. Get everyone together; make it like the time when we would go for picnics with family, make this one outing with the whole parivaar. Trust me, you’ll love it. It’s a full-on entertaining film.”

All of Sooraj’s films Maine Pyar Kiya, Hum Aapke Hain Koun..! and Hum Saath Saath Hain casting Salman Khan revolves around love, relationships and family values. He values Salman’s work by saying that, “ When I have Salman Khan I don’t need anyone else.”

The film features Salman in a double role while Sonam Kapoor in the female lead role and Armaan Kholi as a villain. The film is all set to be released on 12 November, a day after Diwali.

Let’s have a look at the journey of this film!