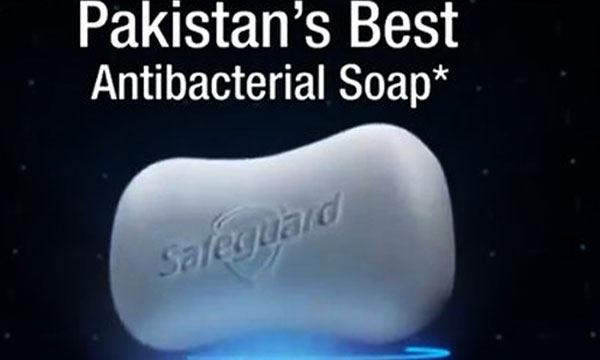 A show-cause notice was issued to Proctor and Gamble Pakistan (Pvt) Ltd (P&G) by the Competition Commission of Pakistan on Monday, for suspected misleading marketing techniques, which were “in violation of Section 10 of the Competition Act 2010.”

An objection from Reckitt Benckiser (Pakistan) Ltd (RB) led the CCP to conduct an inquiry into the ‘Safeguard’ promotion campaign, that talks about the soap being “Pakistan’s No. 1 rated anti-bacterial soap.”

According to the CCP Director Advocacy and Media, Asfandyar Khattak, one of the CCP Officers of Fair Trade inquiry established that P&G had been unsuccessful in providing “substantial justification for terming Safeguard as Pakistan’s No. 1 rated anti-bacterial soap.”

The statement further elaborated that “According to the inquiry, the false claim has thus resulted in the distribution of false and/or misleading information to consumers related to the quality of their product Safeguard in violation of Section 10 of the Competition Act.”

The CCP also claimed “false claim” can possibly influence the consumers to favor Safeguard over other rival anti-bacterial soaps available “as opposed to the facts.”

P&G may perhaps damage the competitors’ business welfare in doing so, which also includes RB, which is an infringement of Section 10 of the Competition Commission Act, because of this a show-cause notice has also been subjected to P&G, according to what the CCP stated.

The corporation has been called for a hearing “on a given date,” the CCP alleged.