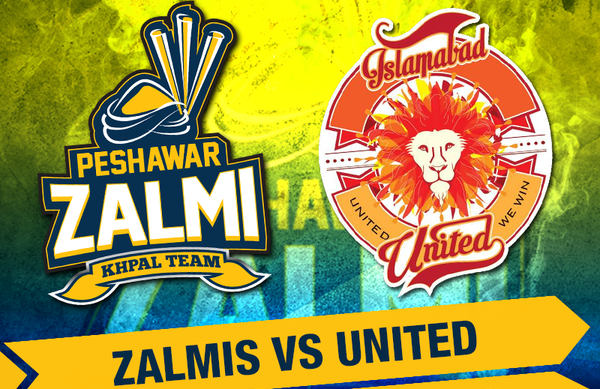 UPDATE: Peshawar ZZalmi got another easy success over Islamabad United by 7 wickets and now tops the points table.

Islamabad United batting first, set up a fighting total of 152 runs, but their bowlers could not defend it in the end. From Zalmis, Tamim Iqbal played a marvelous 80 runs (not out) innings and guided his side to the victory. He was awarded man of the match.

WHO'S THE TUK TUK NOW?

The 12th encounter of PSL T20 2016 is between Peshawar Zalmi and Islamabad United today in Sharjah Cricket Stadium. Peshawar Zalmi will be much relieved after their yesterday’s last ball victory against Karachi Kings, but they have to do more on the field today in bowling department.

At present, their team has shaped into perfect combination for T20 cricket just they need to focus more on the mistakes their bowlers are repeating. Islamabad United is struggling with the consistency in their performance as after magnificent win over Gladiators they fell flat in the next match.

Team United is missing Misbah ul Haq badly whose presence can make difference as he shows sense of responsibility in batting late down the order.