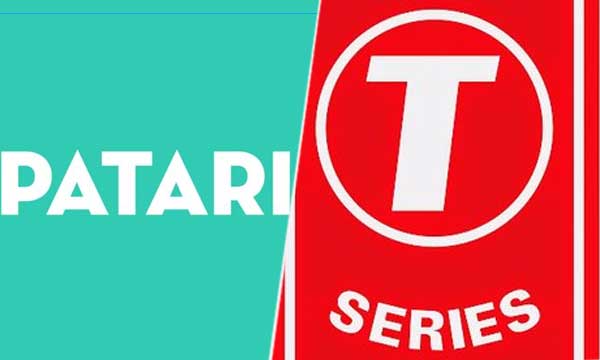 Yesterday, Imran Khan delivered a speech to respond to India and encouraged dialogue between both the nations to resolve the matter.

After the warning, T-Series has dropped all songs sung by Atif Aslam, Rahat Fateh Ali Khan from its YouTube Channel.

For those who are unaware,  Atif Aslam’s latest track Baarishein was released in India just a day before the attack. The video featured Sonu Ki Titu Ki Sweety starlet, Nushrat Bharucha and has now been removed from the internet.

Soon after T-series took action against songs by Pakistani artists, Pakistan’s popular music streaming service ‘Patari’ has released a video to respond to all the hate from across the border.

Reminding T-Series how much Pakistani stars are loved in India and how cross-border collaborations have always been welcomed in Bollywood, Patari has compiled all the chartbusters that were a hit in the neighboring nation.

The video is indeed an epic response to T-Series and is bound to make your heart swell with pride.

These Indo-Pak collaborations speak volumes about how Pakistanis have proven themselves to be mature and strong believers in the message of peace. Indeed, revenge is not the solution and dialogue can solve even the most tense situations.

What’s more, there is no denying the fact that Bollywood has eagerly invited Pakistani singers to be a part of their movies. Atif Aslam and Rahat Fateh Ali Khan have achieved great popularity and the audience has loved them likewise.

What do you think of Patari’s response to T-series? Let us know in the comments below.