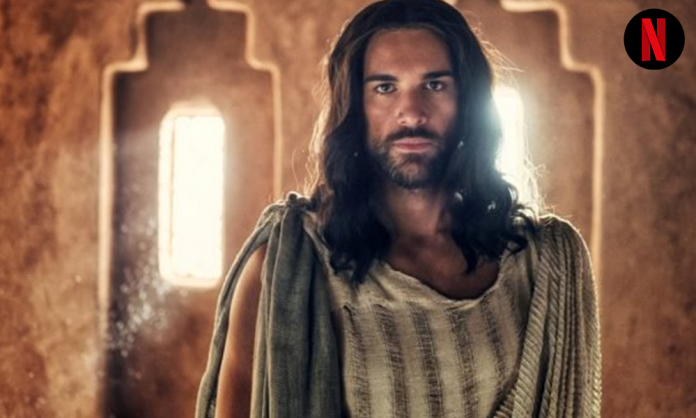 9th December 2019: Muslims from around the world have expressed sheer anger over Netflix’s latest project titled ‘Messiah’ which is based on a Christ-like man who performs miracles around the world.

However, what Muslims then discovered was that the character’s name is a synonym of ‘Dajjal’, a false prophet in Islamic theology.

Moreover, Netflix has denied blocking fans who have spoken against the new series. Netflix claims that: “There’s no truth to this story we have not blocked fans.”

Nonetheless, Muslim subscribers have called for a boycott of Netflix!

Tech lover #Dajjal is coming your way through Netflix. If you are a Muslim, it is part of your emaan to answer through tech – unsubscribe Netflix, delete the app and shut him inside.#Dajjal#عمرانی_فرعونیت_نامنظور pic.twitter.com/bh6McEp6mE

Who is with me in vowing to cancel our subscriptions and never watch Netflix again if they allow this Messiah show to drop?

brother I was honestly thinking about that, it’s about time I stop providing them funds to produce these atrocious shows… :”(

On the other hand, others have a different opinion and say that they are not going to boycott the service provider.

Not me. You guys are offended way too easily. So much for the strength of your faith…

Thi be honest it looks good, might make a good point on mob mentality plus it’s Netflix sho why di wer expect it to be anything other than entertainment?

They also have 5 seasons of Ertugrul.

Hashmi plays an excommunicated RAW agent who leads a dangerous rescue mission in Balochistan (a province in Pakistan).

The series is based on a book of the same name by Bilal Siddiqi. The trailer begins in Balochistan, where Indian spies have been caught and are about to be executed before they can deliver an important piece of information to India.

Former spy Kabir Anand (Emraan Hashmi) is called to go to Balochistan for a rescue mission.
Bollywood and Hollywood have continuously promoted a negative/false image of Pakistan, however, this time, it’s more serious due to the timing and current tension between India and Pakistan.

Soon after the trailer was released, Mehwish Hayat, recipient of the Tamgha-e-Imtiaz, tweeted about how India has always defamed Pakistan.

Another week & yet another anti-Pakistan project. Now can we wake up, smell the coffee & see Bollywood’s agenda for what it is?@iamsrk Be patriotic, nobody is stopping you – just don’t do it at the expense of vilifying us.

This just vindicates what I have been saying for so long. Another week & yet another anti-Pakistan project. Now can we wake up, smell the coffee & see Bollywood’s agenda for what it is?@iamsrk Be patriotic, nobody is stopping you – just don’t do it at the expense of vilifying us. https://t.co/iCElRpJAa1

It’s not just Mehwish, the entire nation shares similar sentiments.
In a tweet, Pakistan Army Major General Asif Ghafoor also criticised SRK for producing the series and asked him “to promote peace and humanity by speaking against atrocities in Kashmir.”

Stay in bollywood syndrome @iamsrk . For reality see RAW Spy Kulbhushan Jadev, Wing Comd Abhinandan & state of 27 Feb 2019.
You could rather promote peace & humanity by speaking against atrocities in IOJ&K and against Hindituva of Nazism obsessed RSS. https://t.co/0FWqoRQsO6

Dear @netflix I'm canceling my subscription after looking at the trailer of #BardOfBlood I & a lot of muslims around the world don't pay u to make us look bad. We aren't what u are portraying to the world, cuz of such shit show, u are building an extreme narrative about muslims.

But would Netflix be bothered by this? Absolutely. “There are about 1 billion muslims around the world, only if 1 million cancels, sure they will give a damn,” he further explained his decision.

Thera are about 1 billion muslims around the world, only if 1 million cancels, sure they will give a damn. Its people like you behold such mentality and live in a fear. we need to step up and unite.

Clearly, Pakistani do not pay Netflix to defame them. Many followed Furqan’s lead and cancelled their subscriptions as well.

I’m cancelling my membership after looking the traliler of #BardOfBlood I and a lot of other Muslim don’t pay you to make us look bad. We aren’t what you’re portraying us to the world because of that shit show. @netflix @FurqanShayk #bycottnetflix pic.twitter.com/RZBsxnq1Dh

Exactly. I am canceling too

I am cancelling my @netflix
Subscription too. All my friends will cancels theirs soon too. We should start a campaign against netflix to cancel our subscriptions until they put down the show.

Yes Netflix should review it's content!!Supporting India's twisted,baseless and inaccurate point of view!!
Going to cancel my subscription!!#netflix#CancelNetflix

What are your thoughts? Would you cancel your subscription too?

Comment and let us know.
Stay tuned to Brandsynario for more news and updates.