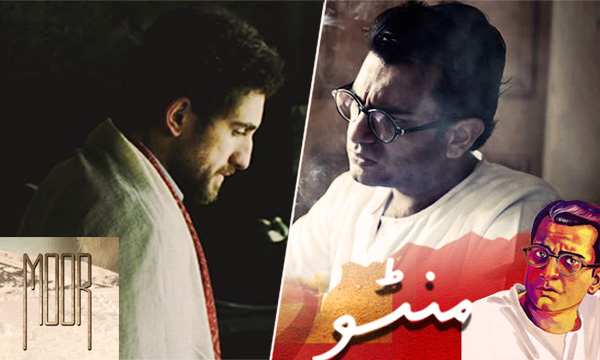 With more and more frequent and new additions of a variety of movies to Pakistani cinema and its ongoing revival, the recently released ‘Manto’ and ‘Moor’ seemed to be holding their own and keeping a steady position at the Pakistani box office.

According to recent box office estimates, GEO Films’ Manto has prevailed and put on another 12 lacs the past weekend. It maintains a steady position at the box office as its total has now reached approximately 4.7 crores.

The movie has had great approval from audiences and is expected to reach the 5 crores mark in the coming weeks.

Meanwhile, Moor seems to be nearing the end of its run, raking in a total of 1.85 crores on the tail end of the weekend.

Read More: Pakistani Movie Moor to be Screened in India and UAE

Moor is expected to close at an estimated 1.9 crores, unless it is picked up for the Oscars, which may help lead to a re-release in Pakistan.

You can check out the total box office breakdowns of both movies over the past few weeks since their respective releases.