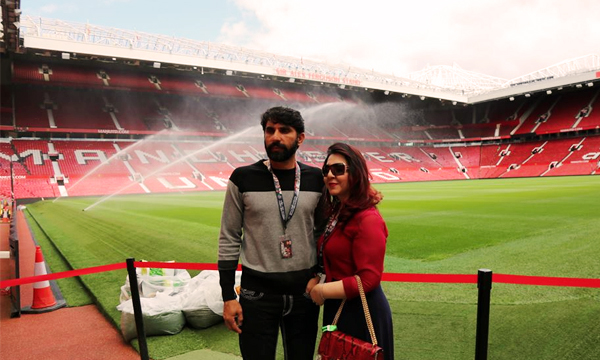 After a 5-year gap, the Pakistani cricket team is back in England for their new tour. After a disappointing game against England in the second Test match, the team, along with their families took a break with a trip to the English Premier League club, Manchester United’s home ground.

The family trip came following a terrible defeat against England in the second out of four Test match series, which the Green Caps lost by 330 runs.

We hope that this trip will help the Shaheens have a clear head for the two-day practice game, in Worcestershire starting Friday, 29th July. The third Test, which will determine Pakistan’s victory, will take place on 3rd August at Edgbaston, Birmingham.