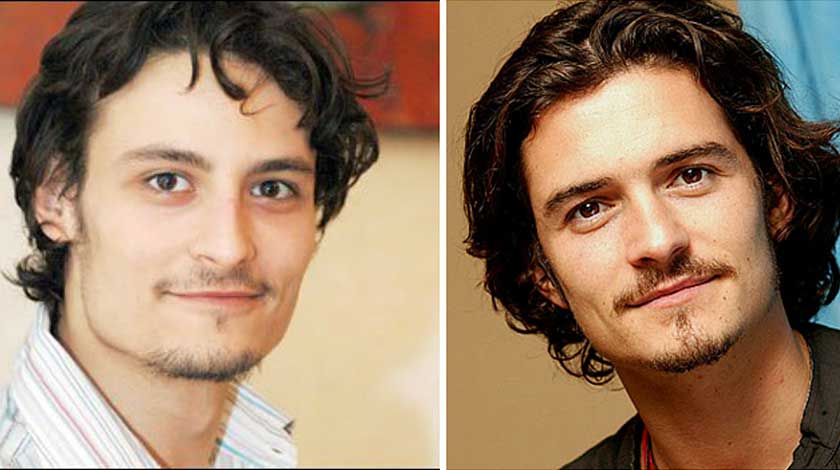 The mythology of doppelgangers dates back centuries and to this day it fascinates us when we come across any two individuals who look so similar that they could be the same person.

So here are some look-alikes of Pakistani celebrities to fuel that fascination. While doppelgangers are generally considered “evil twins”, these doppelgangers fall more under the category of “could be siblings”. Anushka Sharma has established a nice career in Bollywood and is by popular opinion very reminiscent of the late Nazia Hassan. Sharma seems to have the same doe-eyed look and bone structure as the much loved Pakistani singer. Named as one of the 100 hottest women of all time by Men’s Health, Cindy Crawford’s looks are difficult to compare to anyone. However, there’s no denying that there seems to be a little Cindy in Neelam Muneer’s appearance. This one should come as no surprise as Osman Khalid Butt has been considered the Orlando Bloom of Pakistan for a while now. Whether you think one is cute than the other, there’s no denying a certain similarity. These two seem to bear a certain resemblance – that may or may not be mainly due to their distinctive noses. Both women’s defined jawlines are a major contributing factor to their similarity. As for the rest of it, the general opinion seems to agree that they could definitely be doppelgangers. Syra and Pixie seem to have the same charming smile and face structure. All one of them needs to do is get a dye-job and they could look like twins – or at the very least mixed race siblings. It might just be the hair, but when you look at them put together it’s pretty tricky to tell them apart. Both actors have a penchant for smouldering looks to the camera and give off a certain action hero vibe. Though both women are equally gorgeous, the similarities don’t end there. They have strikingly similar features, particularly the nose and cheeks. While he may be no Tom Cruise, Imran Abbas could at the very least be his long lost Pakistani sibling. Here is yet another popular opinion – Humayun Saeed and Asad Bashir’s uncanny resemblance.

Have something to add? Let us know in the comments below.