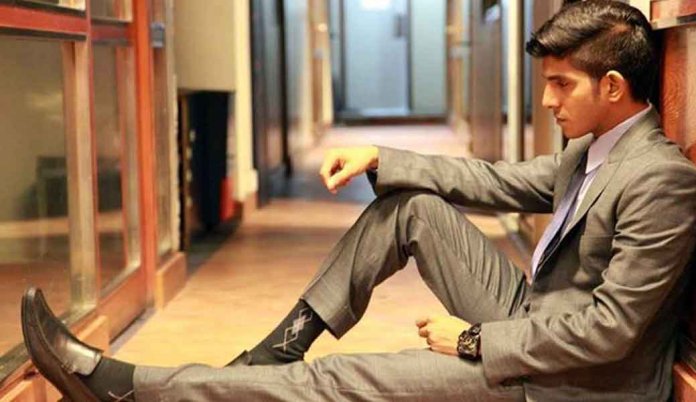 Mohsin Abbas Haider has recently posted a video message on social media as a response to all the messages he received on his previous post.

The Na Maloom Afraadactor said that he doesn’t openly discuss his personal life on social media and he posted about his depression when he couldn’t handle it anymore on his own.

Mohsin said that we all go through stuff in our lives but has also requested his followers to don’t let depression eat your inner peace and allow others to help you.

He sounded overwhelmed by the love, support, and concern he received from his fellow stars and followers across the globe and thanked them for their messages.

Love you All 🙏🏻❤#LoveAndPeaceIsAllWeNeed P.S. get rid of all those Toxic People in your life.

Our multi-talented star, Mohsin Abbas Haider, whom we all adore for his acting, singing and writing skills, left us all worried with his emotionally overwhelming post on social media.

Mohsin Abbas Haider opened up about depression in his recent post and said that it will kill him soon and thanked all the people who have caused it.

However, the actor has now removed the post after receiving an outpour of love from his followers.

Depression shouldn't be taken as a joke. #MohsinAbbasHaider is going through depression and needs our support. Just do everything you can to make him advance towards life. #instagood #instastyle #instalife #valuationtimes #valuationlatest #valuationdaily #pakistan #lollywood #celebspotted #celeblifestyle #showbiz #depression #actor

According to updates, his manager has confirmed that Mohsin is doing fine and needs the support of his fan during this tough time.

Update: Mohsin Abbas Haider's manager Mr Ashfaq says he's fine so we can all stop freaking out but you should send some supportive DMs on Instagram though. We all go through tough times, reaching out is the best you can do. pic.twitter.com/ZSXAcGP1v2

Seeing such a jolly actor losing hope is absolutely heartbreaking and we just hope that whatever is going on in his life, Mohsin finds the strength to fight through it.

Not just that his followers came up to support the NMA 2 actor in this tough time, many Pakistani celebrities also showed support to Mohsin Abbas Haider and tried to talk him through this.

Ayesha Omar made sure to let her fellow actor know that he’s not alone and he’s loved by many, many people. She suggested him to surround himself with positive people and listen to verses of the Quran when he is feeling helpless.

Mansha Pasha and Osman Khalid Butt, Mohsin’s co-star in an upcoming film Baaji, tried to reach out to him!

Mathira shared her own fight through depression and asked Mohsin to stay strong!

Mohsin Abbas Haider is one of the finest actors we have in our industry. Not just his acting, his soulful voice, and Urdu poetry also rule over her hearts. Let’s hope that our star stays strong through this tough time and be able to pull himself back together.

After losing so many people due to depression worldwide, it’s high time to realize the seriousness of this mental illness and try to support people who are going through it.