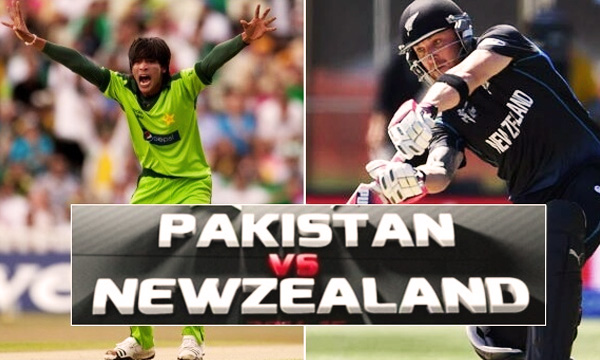 All Eyes will be on Amir as Pakistan takes on New Zealand in Ist T20 today! Pakistan Cricket Team is up for a short series (3 T20s, 3 ODIs) against New Zealand on their home soil where it will be the real test of nerves for green shirts prior to ICC T20 World Cup 2016.

Though the bouncy tracks of New Zealand are much more of a batting paradise; however it has always been difficult for our batsmen to score in away series, where pitches and weather conditions are a bit in favor of bowlers. Well, cricket is a game of chance and it will be quite unfair to predict only on the basis of fortune cards or previous stats, so let’s have a look at the team cards.

As far as Pakistan is concerned, all eyes will be on Mohammad Amir as the left-arm pacer is in the spotlight for making a comeback in the International arena and that too after impressive wicket taking spree in BPL 2015. Amir has returned to cricket after serving a five-year long ban. Amir, along with Wahab Riaz can turn into a lethal combo for opponents. They will be supported by Muhammad Irfan in ODIs and specialist Umar Gul in T20s, so we aren’t worried about our bowling attack. The emerging talent, Imad Wasim will take charge of the frontline spinner. Overall, perhaps this is the youngest Pakistani team playing in the tough conditions of New Zealand, under the not-too-old ODI skipper Azhar Ali.

A lot depends on Shoaib Malik in the batting line-up as his experience will come into play and he will have to stay on the crease. Umar Akmal, Ahmad Shahzad, and Muhammad Hafeez too have the potential to score runs, but they lack the stamina and the mental strength.

On the other hand, New Zealanders have rung the alarm bell for Pakistan because their batting line seems to be in a record breaking tone; therefore, an aggressive contest between the Pakistani bowlers and New Zealand hard hitting batsmen like Taylor, Corey Anderson, Grant Elliot, Williamson, Martin Guptill and company is expected, making the match as nail-biting as ever.

This is the last international series for Afridi, before embarking the journey of ICC T20 World Cup, so it is a great chance for them to shape in a solid winning combination and to regain their form in the shortest format. Remember, recently in UAE, Pakistan lost miserably against England by 3-0 in T20 series. Overall, we can expect some high scoring games in the grounds of New Zealand, that are challenging for both home side’s batsmen, up against the fiery pace attack of Pakistan.

Both teams in their last five T20s:

Let’s see if Pakistan turns it around this time or if New Zealand maintains its winning streak.