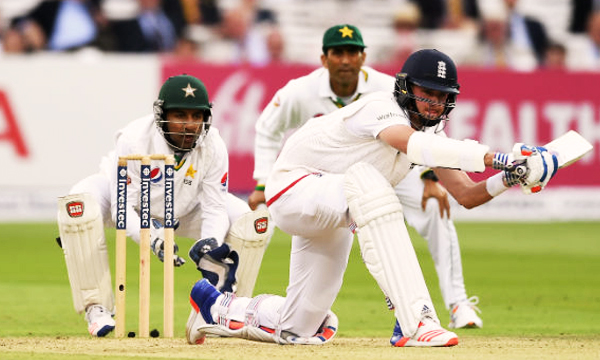 Update: Sohail Khan becomes star of the match by taking 5 major wickets, keeping England restricted to 297 all out! At first the replacement of Wahab Riaz with Khan had everyone tensed and on the edge, but when Khan struck with his might, spectators got a fantastic treat in return.

We hope Pakistan continues to keep the teamwork and produces results. Pakistan has to think things through very carefully with England, the Lions will prepare with everything they have against the Shaheens to win the third Test. The 3rd Test match between Pakistan and England has commenced today at 3.pm at Edgbaston Stadium located in Birmingham, London.

View the Live Match Highlights and updates below:

Slight drizzling, covers have appeared on the ground, the game is expected to start on time. Pakistan had won the toss and decided to field.

Teams have been finalized as following:

Both teams have leveled the series 1-1, the third test will be the tie-breaker for both sides, the team to win will get leverage and most likely win the Investec Test series. England made a fantastic comeback during the 2nd Test, which everyone was definitely sure Pakistan would claim victory over, however, England showed potential with major contribution from Cook, Root, Woakes, Anderson, Broad, and others.

Misbah-ul-Haq will lead the national squad of Shaheens against the Lions in the series while Sarfaraz Ahmed and Azhar Ali have been titled as Captains for Twenty20 and ODIs matches.

Wahab Riaz may be dropped and replaced with Sohail Khan as a right-arm bowler to add more variety into the game. Another change which we may see is Shan Masood making way for Sami Aslam. Expectations are high to see a more active performance from the 1st Test’s hero, Yasir Shah.

In an exclusive interview with legendary Pakistani Cricketer, Aamer Sohail, we asked him what were Pakistan’s chances of winning. According to Sohail, the batsman will face difficulty, while the bowlers can win the match for the team.

Even though many have predicted England to win this match, we have good hopes from our Green Caps.

The fourth and final installment in the Pak vs Eng Test series will take place 11-15 Aug at The Oval Stadium also known as Pakistan’s Fortress. As a tradition, the last Test is played in the Kia Oval ground to mark the end of the Test series.

Stay tuned to Brandsynario for match highlights and updates.