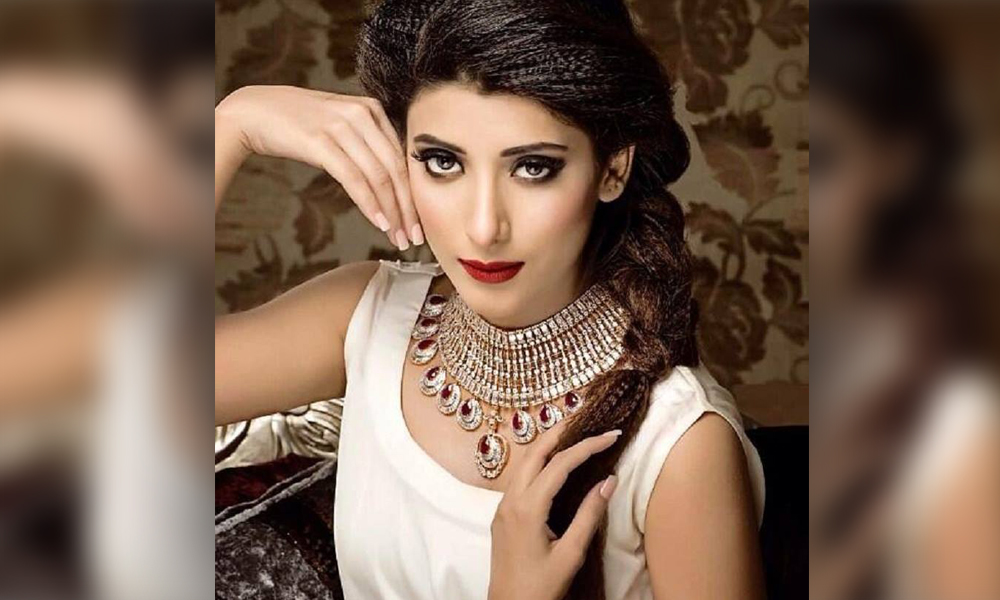 Rising to stardom in no time, the sultry starlet Urwa Hocane has conquered the realms of Pakistan’s entertainment industry in no time.  Currently winning hearts with her ground-breaking drama Udaari, the actress boasts a vast portfolio of successful projects!

Urwa Hocane debuted in the drama industry in 2012 with Meri Laadli and then in the film industry in 2014 with the movie Na Maloom Afraad. She is all set to star in upcoming Pakistani movie project Jhol, also starring Ali Azmat and Bilal Ashraf. By profession, she is is a VJ, model, and an actress.

Urwah was also offered a role in Ekta Kapoor’s Bollywood biopic on Azhar Ali, opposite Emran Hashmi but she refused the part due to bold scenes the role required.

Let’s take a sneak peak into the diva’s personal and professional life. View Urwa Hocane’s complete biography and pictures below. Active in the Industry: Since 2005 to present

Miss u beautiful face !😍 We clearly get the posing skills from u ! jk 😁 ! This was quite candid! ☺ #mommylove ❤️

Urwa kickstarted her career with the Pakistani theater performances.

Did you know Urwa was a VJ for ARY Musik. Gradually, attaining fame, she became the most liked VJ on TV and later made it to dramas  in 2012 with the romantic serial, Meri Laadli.

Her popularity and talent made her bag the coveted leading role in the Pakistani movie Na Maloom Afraad in 2014, marking her debut on the silver screen.

Her drama  for HUM TV ‘Udaari’ based on child abuse have turned even more lucky for her and she is reaping rave reviews for her performance in the serial.

Shooting with these students of Mirwah Government High School Sindh, at their campus ! Such a sweet welcome from all the students and teachers of the school ! #daycaptured #memoryforever #UDAARI #HumTv #comingsoon

Introducing @hariswaheed.official , a superb addition to the fraternity! Shooting for UDAARI in mirpur khas today ! Thank god for these trees in this heat ! 🌳🌳🌳 #UDAARI #comingsoon #HumTv 🎬🎥

Let’s have a look at her television and filmography career:

Smiling amidst the karachi heatwave while shooting "Two Plus Two" with my hunky hero @ashrafbilal ! 🎬🎥#onset #filming #twoplustwo #pakistanicinema #workvibes 💛👌🏻

Urwah and Farhan appeared in a Lays commercial song ‘Saathiya’ recently. The ad was shot in Berlin. Watch video below:

The popular actress recently appeared in the Djuice 2016 commercial. Have a look at it here:

Urwa also appeared in some TVC’s including the Metro shoes and bags Ad released in 2015. Have a look at the ad here:

She also appeared in the Tapal Tezdum Advertisement opposite Ahsan Khan:

Apart from the TVCs and advertisements, she loves to use Dubsmash apps.  Have a look at some crazy dubsmash videos of Urwa Hocane that will make you LOL!

Watch Urwa Hocane pulling off a mesmerizing performance at the LUX Style Awards 2015.

Repost @luxstyleawards ! ✨ What song could i be performing at ? Any Guesses ?

Also, you must check out her sizzling dance number with Farhan Saeed at Lux Style Awards 2016.

Apart from her professional life, Urwa has been in the limelight for dating the singer- turned-actor, Farhan Saeed. Check out some of their candid shots here.

you're the light, you're the night ! You're the color of my blood ! #lovemelikeyoudo 💜 repost : @hellopakistan

Had an amazing night at the #PakistanSuperLeague launch which got even better when @ali_zafar got on stage! 🎤✨ #PCB #PSL #abkhelkdikha @farhan_saeed @ammarahikmat

Happiest Birthday to you @farhan_saeed ! ☺️🎉🎂✨ Wishing you and us many more happier & brighter times ! ❤️😌

The couple has great chemistry on screen as well. Have a look at some performances of Urwa alongside Farhan Saeed.

Performance of Farhan and Urwa in the PAK Army Official song

“Oh Mawra, She is an eternal love. I feel incomplete when she is not around. I think, we also complement each other when we are together”- Urwa about her sister Mawra

You know whats rare to find, a gem of a co actor like this one ! @ashrafbilal 💎✨😌 #onset #two+two #comingsoon #pakistanicinema 🎬 #goodvibes 👼

Namaloom Afraad Gang heads to DUBAI ! ✈️❤️ See you all at Grand Cineplex next to Grand Hyatt Hotel at 10pm tonight ! #pakistanicinema

Have a look at some casual photos of Urwa Hocane here:

The sun is fading turning into gold, shinning on me now is the colour of my soul!✨ ••• #royalvelour @sairarizwanofficial @aleehassanphotographe

Look at some personal pictures of the starlet while skydiving:

On that note hello to alot more adventures and lots of love in 2016 ! #HappyNewYear ❤️✨🎉 (p.s. sorry for bad quality, recorded from the laptop screen)

Landed ! ✌️- Wish we had done this together @mawrellous ! Missed you so much my soul sister❤️👭 #skydive

Two of my favourite shots/moments right after i jumped ! The air pressure , feeling the heart drop , the joy , its all outta this world ! 💛 #skydiving #australiagram

We wish her all the best!