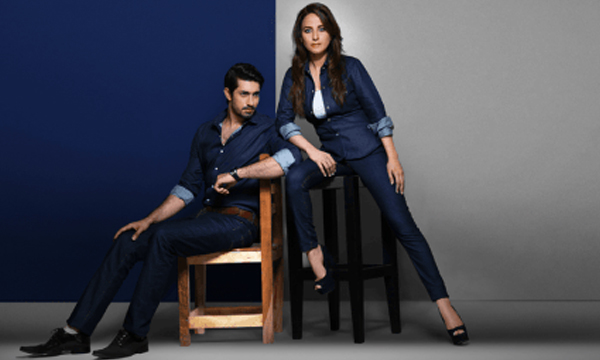 ODO Denim claims to foster the world’s first self-cleaning fabric that holds off stains and does not allow bacteria to reside.

A pair is currently available for US$95, with early Kickstarter backers set to receive their jeans by the middle of next year. Each will have approximately 10 to 15 grams of silver embedded in them.

Founder Salman Chaudhry revealing about the fabric said that the inspiration of making these jeans of the Levis CEO, Chip Bergh. Chip in his earlier interview mentioned that he barely wash his pair of jeans in a year.

The idea, at first, felt disgusted, considering the importance of hygiene, but then Salman counting on his five-years of textile experience experimented the evolution of a fabric that does not require to be washed.

The idea, Salman carried to make this fabric revolved around 2 reasons. Firstly, that people usually send their jeans to get washed because of the stains and sweat. Secondly, the people living in the countries that face water shortage like California are seeking a better way out for the hygiene of their clothes.

“If I could eliminate sweat and stains from jeans then people wouldn’t need to send them for washing any more,” he explains.

After a bit more research, Salman uncovered the fabric that was most similar to the one he had envisioned – a NASA space suit.

“Astronauts wear their space suits constantly without washing them. And the magic element which allows that to happen is silver. So why not use the same silver that’s used in space suits? After all, 200 years ago, people used to put silver in water to make it antibacterial,” explains Salman.

“We’re weaving silver right inside the fabric, it’s permanent. It’s not a layer or coating on top, it’s a part of the fabric itself. Even if you wash it a hundred times the silver won’t go away. It’ll last for the life of the garment.” he said