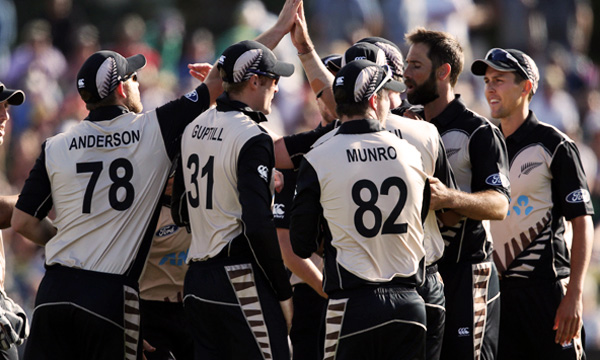 New Zealand on Monday named three spinners in the Black Caps squad for the ICC World Twenty20 in India, anticipating a wealth of turning wickets.

Veteran Nathan McCullum, Mitchell Santner and Ish Sodhi were all included in the 15-man party, which will be captained by Kane Williamson with Brendon McCullum’s retirement pending.

“With the Indian conditions in mind, the plan has always been to take three front-line spinners and all three bring something different,” coach Mike Hesson said.

“It’s great to have Nathan available again and his experience in the foreign conditions will be invaluable — both he and Mitch Santner have the ability to bowl in the first six overs, which gives Kane a number of options to work with.”

New Zealand has been drawn in Group 2 of the Super 10 stage in India where they will play alongside Australia, Pakistan, the hosts, and one of the qualifiers from the first round.