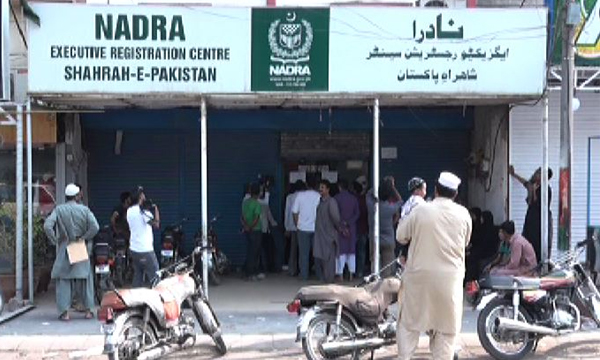 The Nadra Chairman, Usman Mobin has disclosed that the authority has sacked over 600 employees from its offices due to illegal issuing of CNIC’s.

“We have removed over 600 employees after conducting several inquiries into the illegal issuance of CNICs to aliens.”

A total of  160,286 CNICs were allotted to non-residents or aliens of the country. Mobin mentioned this at the Senate’s Functional Committee on Thursday.

The numbers of Illegal CNICs broken down region wise are as follows:

Out of the 600 workers, 500 of them were employed as data entry operators.  The committee asked the chairman what the pay scale was for each operator to which he replied it was Rs. 20,000. In response, Mobin was asked how much he earns every month to which he replied he is paid Rs. 800,000.

The NADRA Chairman was further on advised by the committee to financially empower the employees to stop corruption and wrongdoing in the system.