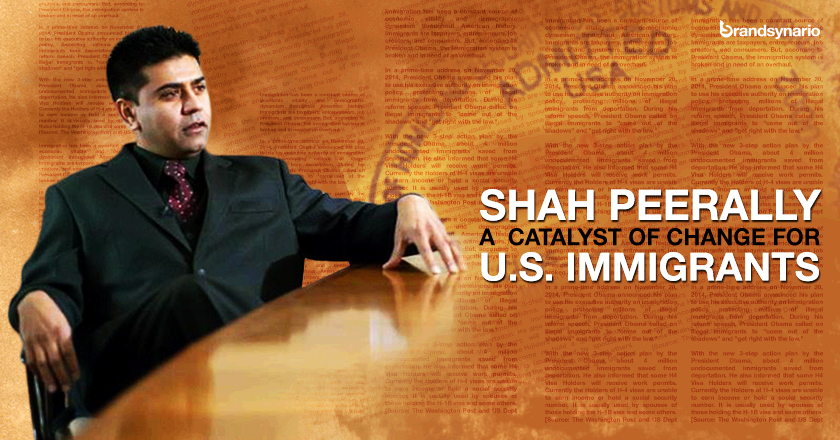 Immigration has been a constant source of economic vitality and demographic dynamism throughout American history. Immigrants are taxpayers, entrepreneurs, job creators, and consumers. But, according to President Obama, the immigration system is broken and in need of an overhaul.

The reforms came as a new ray of hope for more than 250k immigrants who hold H4 Visa in U.S. An H-4 visa is a visa issued by the U.S. Citizenship and Immigration Services (USCIS) to immediate family members (spouse and children under 21 years of age) of the H-1B visa holders.

With the new 3-step action plan by the President Obama informed that some H4 Visa Holders will receive work permits. Currently the Holders of H-4 visas are unable to earn income or hold a social security number. It is usually used by spouses of those holding the H-1B visa and some others. [Source: The Washington Post and US Dept of Homeland Security]

This great news did not come in a day, it is the resultant of consistent endeavors by supporters of the reform and the efforts of a determined lawyer Mr. Shah Peerally, who himself an immigrant and understands the hardship faced by new immigrants aka arriving aliens. He is a renowned American lawyer, humanitarian, TV anchor, writer, film producer and an expert in United States immigration.

Shah Peerally realized, at an early stage, that most new immigrants aren’t fully aware of their legal rights which render them vulnerable to abuses. As a result, Shah spent much of the beginning of his career speaking about ‘Know Your Rights’ in mosques, churches and temples.

Having served a couple of law firms, Shah Peerally established his own Shah Peerally Law Group PC in 2005. Later on, he started a radio show on AM radio KLOK 1170 AM and an online radio in 2010 to help thousands of immigrants to understand the law and make a good decision on their cases.

In the same spirit of helping the community, Shah started a small production company named Shah Peerally Productions Inc. in 2011, which has released three movies till now. All the movies tackle immigration law problems and other socially sensitive issues such as domestic violence, INA 221g Administrative Processing and Immigration Fraud.

With his social activism, Shah hopes to better the lives of the immigrants through education and advocacy. In his recently published book, “The Immigration Lawyer Asylum,” he seems to have all the ingredients to keep the reader captivated including hate crimes, sensitive social issues and how US immigration court functions.

Today, Shah is considered one of the most respected attorneys of his time. He has been featured as an expert on major TV networks such as NDTV, Times now and his work published several major newspapers. He has been rated by Avvo.com as a superb attorney with a perfect 10/10 score, and was selected as a Rising Star by Superlawyers.com in 2013.