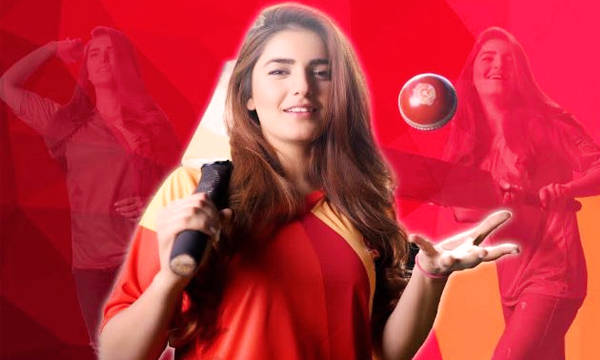 Upon roping in Momina into the Islamabad United family, owner of the franchise, Amna Naqvi stated, “we have incorporated Momina into the family because we believe that it is our responsibility, as an institution with a platform that the whole of Pakistan follows, to foster more positive and progressive mindsets in our country.”

The team Islamabad United supports women empowerment and Momina is best suited to be the face of this, Naqvi said.

Amna praised Momina and said, “the grace with which Momina conducted herself through her rapid rise while maintaining her principles is commendable”.

The singer has a massive social media following and has used the platform to draw inspiration for the women of Pakistan, which makes her perfect for this role. Not to forget Momina has recently been a part of the #Beatme campaign that went quite viral on social media.

“that she is a resident of Islamabad and a fan of our team is just the cherry on top of the cake for us,” Amna Naqvi added while talking to Dawn News.

Momina shared the following on her Twitter account that same day and fans had a field day!

Momina was truly humbled and honored by the opportunity to help promote gender equality in Pakistan.

“The vision that Islamabad United have for social issues, particularly with their Empowerment Programs is something that I feel strongly about, and look forward to contributing to,” the songstress said. “In addition to that, there are some surprises in store for everyone with our anthem campaign,” Momina added.

Does this mean we are in for another treat? Will Momina be singing the Islamabad United Anthem this time around? We can’t wait to hear it.

The news was a refreshing surprise for all and obviously, twitter went insane!

Here is how some of the Pakistani ‘awaam’ reacted to Momina Mustehsan’s association with Islamabad United:

She is now in my Team #IslamabadUnited

You were Put on this earth to achieve your greatest self,, to live out your purpose & to do it courageously #MominaMustehsan #Nevergiveup.

You can’t deny, some of these reactions are totally hilarious!

If u r sporting All ur fans r now #IslamabadUnited

If u r sporting All ur fans r now #IslamabadUnited

She is now in my Team #IslamabadUnited

Have something to add to this story? Comment below and stay tuned to Brandsynario for more updates.

“Only the culprit is to be blamed for rape”, Says Imran...