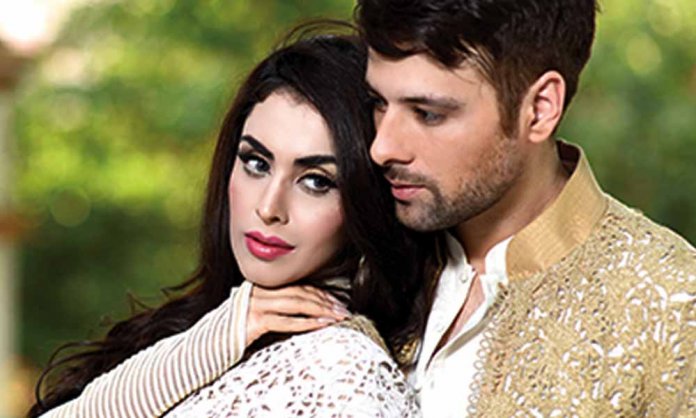 The talented Pakistani actor Mikaal Zulfiqar shocked his fans and followers when he announced his divorce in 2017 which is still sort of mind-numbing for most of us.

The Sherdil actor tied the knot with Sara Bhatti in 2010 and the pair had two beautiful daughters together. After six years in wedding bliss, the duo suddenly ended their marriage which left all of us shocked.

They were literally adored by everyone and we couldn’t believe this gorgeous couple, will one day announce their separation.

Soon after their separation, Mikaal Zulfiqar’s fans were all curious to know about the actor’s second marriage but now he has finally broken silence about it.

The ‘Alif Allah Aur Insaan’ actor held a fun question-session session through his Instagram account yesterday and his followers took full advantage of it.

One of his fans asked him if he is getting married again or not to which he replied:

Not yet but I am open to the thought!

Well, we just cannot wait to see him getting married again!