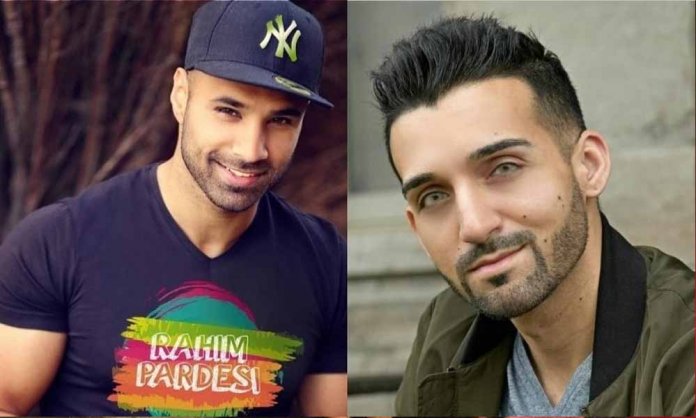 The war between Pakistani-Canadian Vlogger, Sham Idrees and Pakistani Youtuber Saad-ur-Rehman aka Ducky Bhai has taken social media by storm.

The Pakistani YouTuber Ducky Bhai claimed that Sham Idrees threatened his family after he refused to collaborate and meet with him.

As soon as he released the video, social media reacted to it and the whole controversy kickstarted a massive debate on the matter.

The fans and followers of Ducky Bhai were actually unhappy resulting in making them furious and further bashing him.

Last weekend, Sham Idrees went to a mall in Karachi to meet and greet with his fans but a number of people attacked him and his wife Froggy.

A video has surfaced online where the crowd can be seen beating Sham Idrees and chanting Ducky Bhai’s name.

Have a look at the videos below.

Later, Sham took to Twitter and expressed his regret over the attack on children and his wife.

Earlier today, Froggy Queen also recorded a video in which she held Ducky Bhai responsible for getting punched on her face.

Rahim Pardesi Accuses Froggy of Lying About Being Punched

Rahim Pardesi is famous for his avatar called Nasreen and has a huge fan following on YouTube. While condemning violence on Sham & Froggy, he pointed out that nobody was punched during the mob attack and all the claims are false.

The unfortunate incident caught the attention of Ducky Bhai after which he took to his social media account and condemned the attack.

Just heard about the assault on Froggy at Sham’s meet & greet today. This type of disgusting behavior should never be tolerated at any cost, especially on a woman. Fans should enjoy the occasion by staying in their limits. This is not what I or any other YouTuber encourage to do.

Just heard about the assault on Froggy at Sham's meet & greet today. This type of disgusting behavior should never be tolerated at any cost, especially on a woman. Fans should enjoy the occasion by staying in their limits. This is not what I or any other YouTuber encourage to do.

Zaid Ali too took to Twitter and condemned the attack!

Im extremely disappointed by the act of assault on Froggy. No one should be dehumanized to the extent where violence against them is acceptable. Behaviour like this is not promoted under any circumstance. You can voice your disagreement w/ words but please dont resort to violence