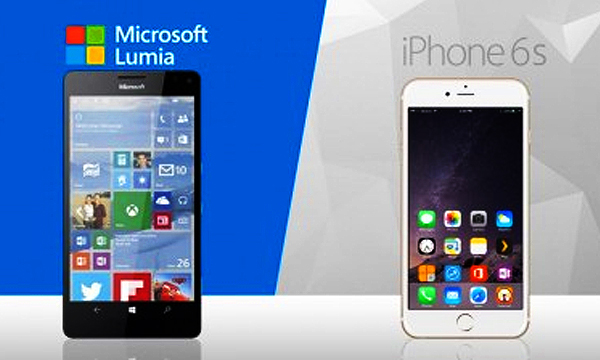 Two of the most celebrated smartphones this fall include Lumia 950 by Microsoft and iPhone 6S by Apple.

Last few weeks marked the launch of some amazing smartphones from big tech giants. Some focused on sharper resolution, some came up with innovative technological changes. Every phone brought unique new offerings with its release. Microsoft Lumia 950 although not a very hard contender to Apple iPhone 6S is graded up to run rings around many other smartphones in the market, and it will definitely open the window for Microsoft in future mobile phone market.

Apple hasn’t touched up its design in the new 6S generation, but it still transcends Lumia 905. On the contrary, with its more vibrant colors and a 5.2-inch QHD OLED display Microsoft Lumia 905 is undoubtedly a winner in the  resolution game.

Apple launched iPhone 6S last month and it is already available for sale, whereas Microsoft announced its Lumia 950 just this month and it is likely to appear in the market in November this year.

For more brief head-to-head comparison between Apple iPhone 6S and Microsoft Lumia 950 check out specs, features and details of both.