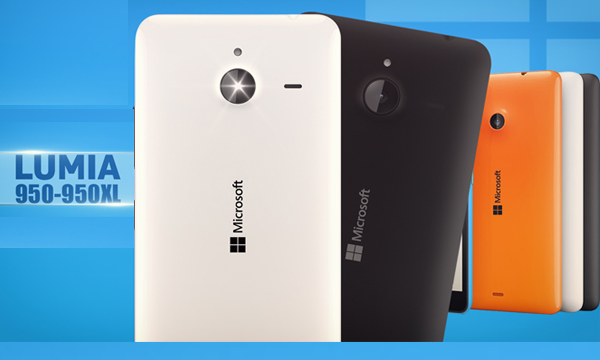 After a gap of more than a year, Microsoft has introduced its high-end Windows flagship phones Lumia 950 and Lumia 950 XL. The enhanced specifications and features of these devices give them an edge over Android and iOS devices.

Both the smartphones feature a 20 MP rear & 5 MP wide-angle front camera and having 3GB RAM.

The Lumia 950 XL phone has a larger 5.7 inch AMOLED display as compared to its sibling Lumia 950’s (5.2 inches) that is equipped with 1.8GHz hexa-core processor whereas XL has 2.0 GHz Octa-core processor. Both these phones have USB-C port that can transfer data at a high speed of 10 Gbps.

One of the most amazing features of dual Lumia 950 & 950 XL is Continuum that enables these devices to power a desktop setup instantly by plugging in a small piece of hardware called Microsoft Display Dock. This feature is quite handy when you are working on MS Office files and having difficulty in writing on the tiny screen of your smartphone.