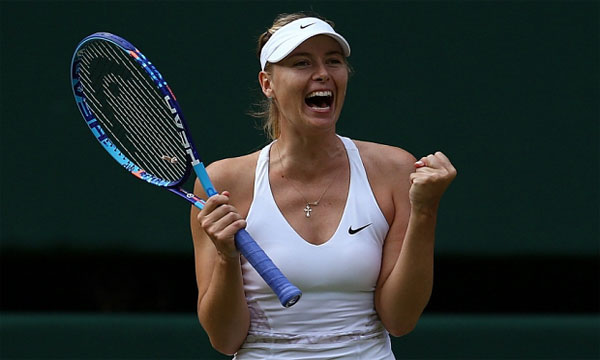 Russian superstar Maria Sharapova on Wednesday vowed to appeal a two-year doping ban which looks certain to end one of sport’s most celebrated and high-profile careers. 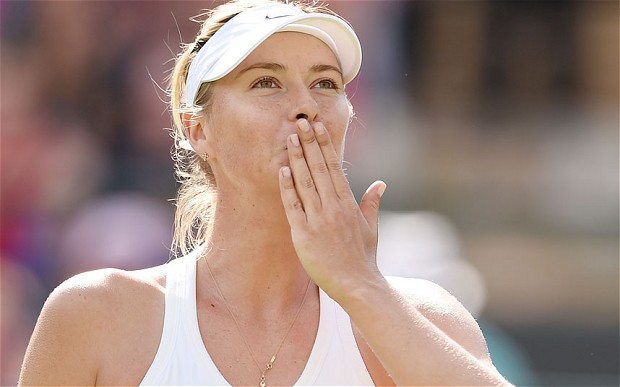 A statement by the International Tennis Federation (ITF) said “an Independent Tribunal” had “found thatMaria Sharapova committed an anti-doping rule violation” and consequently had “disqualified the affected results and imposed a period of ineligibility of two years, commencing on 26 January, 2016”.

Sharapova blasted the ban as “unfairly harsh” in a statement on her Facebook page.

“While the tribunal concluded correctly that I did not intentionally violate the anti-doping rules, I cannot accept an unfairly harsh two-year suspension,” fumedSharapova.

“The tribunal, whose members were selected by the ITF, agreed that I did not do anything intentionally wrong, yet they seek to keep me from playing tennis for two years. I will immediately appeal the suspension portion of this ruling to CAS, the Court of Arbitration for Sport.”

Sharapova slammed the ITF for spending “tremendous amounts of time and resources trying to prove I intentionally violated the anti-doping rules” before adding that “the tribunal concluded I did not”.

The US-based Russian failed a drugs test on January 26 and was charged with an anti-doping violation on March 2.

In a packed press conference in Los Angeles a few days later, she admitted to taking meldonium but said she hadn’t realised it was on the banned substance list.

One of her top sponsors Nike, which had suspended ties with the Russian in the immediate aftermath of her confession, stoked controversy Wednesday by revealing they were rekindling their relationship.

“Maria has always made her position clear, has apologized for her mistake and is now appealing the length of the ban,” Nike said in a statement.

“Based on the decision of the ITF and their factual findings, we hope to see Maria back on court and will continue to partner with her.”

Racquet sponsors HEAD said they had no hesitation in staying loyal to their client just as they had done after her failed test.

“We believe, based on the facts and circumstances provided to us, that this is a flawed decision. HEAD will continue to stand by Miss Sharapova,” said chairman Johan Eliasch.

Meldonium was added to the world anti-doping WADA list on January 1. Sharapova said she’d been taking it for 10 years to help treat illnesses, a heart issue and a magnesium deficiency.

The tribunal said in its 33-page summary that “performance enhancement” was the only conclusion it could reach.

“It may be that she genuinely believed that mildronate (another name for meldonium) had some general beneficial effect on her health but the manner in which the medication was taken, its concealment from the anti-doping authorities, her failure to disclose it even to her own team, and the lack of any medical justification must inevitably lead to the conclusion that she took mildronate for the purpose of enhancing her performance,” it wrote.

– ‘Author of own misfortune’ –

In conclusion, the tribunal said: “She is the sole author of her own misfortune.”

Her win at Wimbledon in 2004 when she was just 17 launched her into the world of mega-million dollar deals and A-list celebrity.

Her rags-to-riches story captured the imagination of the public who lapped up the tale of her leaving the Soviet Union as a child with her penniless father to live and train in Florida.

She had been the world’s highest earning sportswoman for 11 years until this week when, according to Forbes Magazine, she was overtaken by bitter rival Serena Williams who earned $28.9 million over the past 12 months.

Sharapova had dominated in endorsement profits before companies including Nike, American Express, Porsche and TAG Heuer distanced themselves after she tested positive for meldonium earlier this year.

Sharapova earned $21.9 million over the past 12 months, down almost $8 million from the previous year, Forbes said.

Despite the two-year suspension, Sharapova vowed to keep fighting.

“I intend to stand for what I believe is right and that’s why I will fight to be back on the tennis court as soon as possible,” she said.

WADA said it will review the decision before deciding on its next move.

“As with all decisions made by anti-doping organisations, WADA will review the decision, including its reasoning, and will subsequently decide whether or not to use its independent right of appeal to the Court of Arbitration for Sport (CAS),” said a statement.