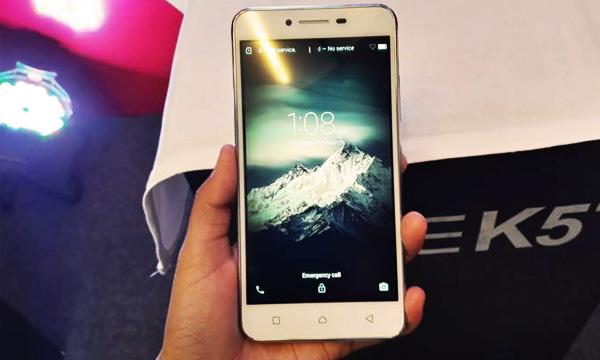 Lenovo has launched its new dual-sim smartphone Vibe K5 Plus, having premium specs but highly affordable in terms of price. The metallic design of the Vibe K5 Plus is just 8mm thick featuring the TheatreMax technology with Dolby Audio support, that divides the screen in two under VR usage.

The 5-inch full HD display (1080p resolution) smartphone has come up with a 10-point multi-touch support. The Vibe K5 Plus is powered by a 1.7 GHz octa-core Qualcomm Snapdragon 616 processor coupled with Adreno 405GPU. With 2GB RAM and 16GB storage, that can be extended upto 128GB via microSD card, Vibe K5 consists of all the things that appeal to the masses. Vibe K5 Plus runs on an Android 5.1 Lollipop OS, with Vibe UI that may or may not get upgraded; powered by 2750mAh battery. The price is too easy on the pocket too; at $150 (Rs. 15,700 approx.) keeping in its features and hardware, the phone may be recevied very well by the audiences.

Lenovo Vibe K5 Plus will be available in Gold, Platinum, Silver and Graphite Grey colour options. The smartphone was announced at Mobile World Congress (MWC) 2016 in Barcelona and is expected to be up for sale from March 23rd, 2016.