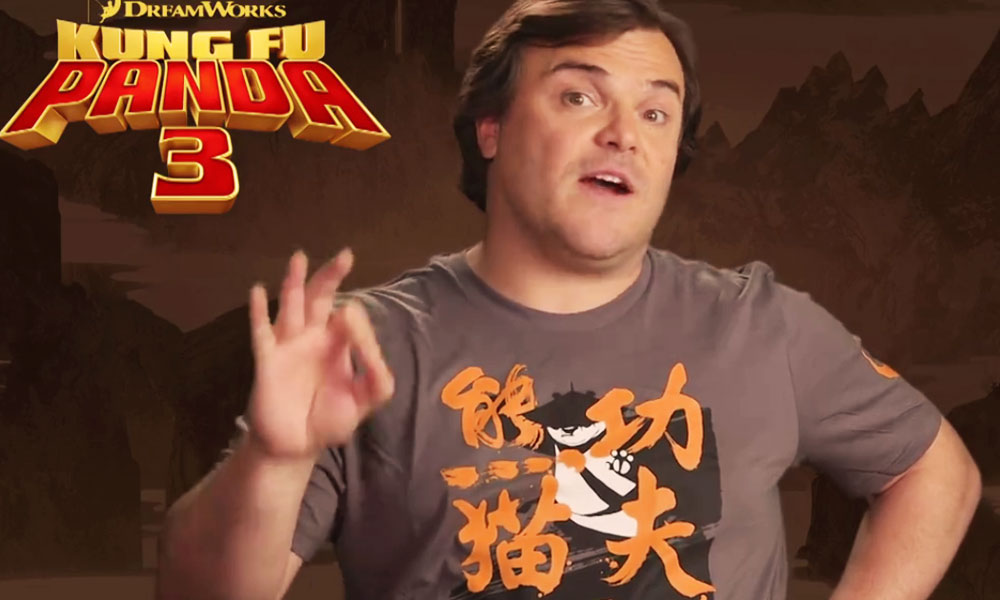 The voice behind the beloved Kung Fu Panda, Jack Black shared a special video message for his Pakistani fans preceding the scheduled release of the Kung Fu Panda 3 nationwide on 11th March 2016.

Watch the heart warming message for all Pakistani fans by Jack Black for yourself!

The trailer for the movie sure seems promising!

Jack Black is asking the Kung Fu Panda fans to watch the movie after it is up for viewing in the cinemas locally. The widely beloved animated movie has collected almost $41 million in the North American region alone.

The third installment chronicles Po (voice over by Jack Black) transitions from being an avid fan and student of the martial arts into a teacher. Other character voice overs include ‘A class’ actors such as Angelina Jolie and Dustin Hoffman.