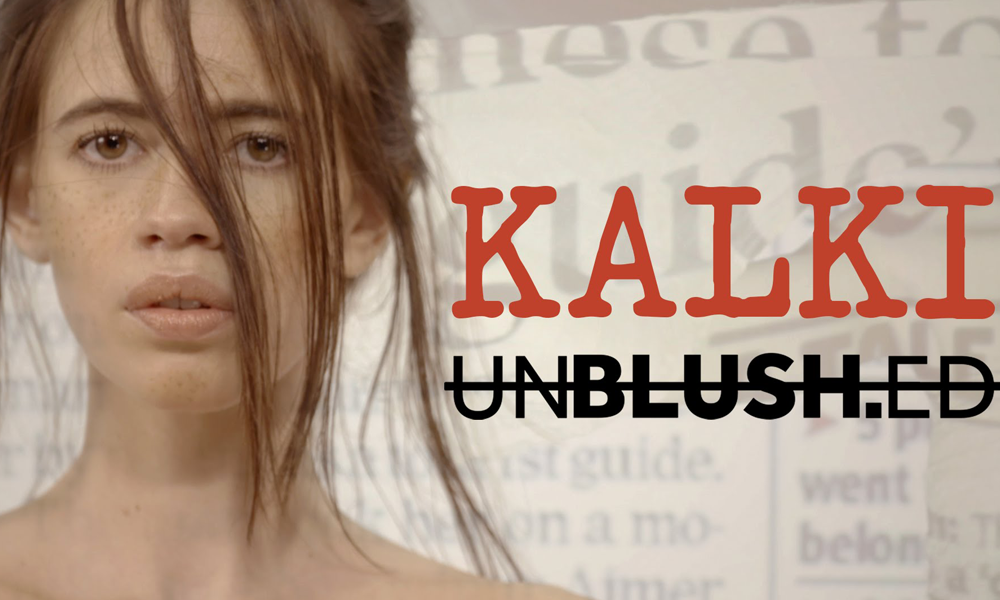 Kalki Koechlin is one actress in Bollywood who has always been vocal about sensitive issues. Sexual abuse, life, death and feminism, Kalki has never shown reluctance in expressing her opinion and what she feels. Be it an interview or her heart touching poetry, she utilizes all mediums and sources to speak her mind.

This time around, the Margarita With A Straw actress did a video titled ‘The Printing Machine’ for Culture Machine’s UnBlushed, which is a series of videos that feature bold, brave and unapologetic women.

In the video, Kalki is reciting her poetry and sends out message to people to stay aware of what and how they are getting affected by media. The powerful words she has weaved in this beautiful metrical composition reflect how every news is used by media to instil fear in citizens. This five minute long video shows the role, sad reality and impact that daily broadsheets, magazines, social media and textbooks are casting on people in general. She also did not forget to mention body shaming as well as how beauty advertisements result in horrific events which never get into the limelight because of hypocrite media.

Kalki highlighted the fact that from rape to the news of hanging, every incident and every news piece is utilized by news agencies and media to awaken a sense of doubt, fear and insecurities.

This video message is may be hard-hitting but one cannot ignore the fact that this is the reality. It’s amazing to see an actress like Kalki coming out and raising her voice to create awareness about things that are directly or indirectly affecting our society and well-being of every individual who is a part of it.

What do you think of this self-written poetry and this truthful video? Do you feel the same way as Kalki does? Comment below and let us know.