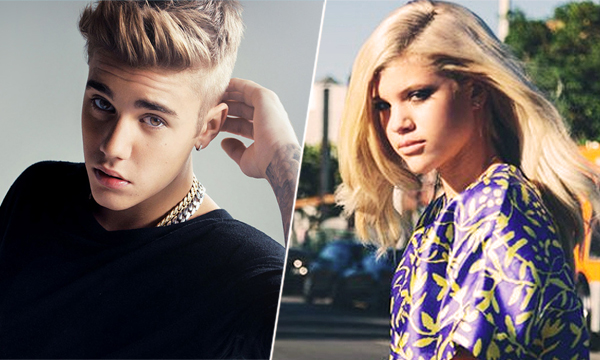 The two have recently gone public with their relationship when both were snapped together, hand in hand, at a shopping mall in Tokyo, looking just adorable. The fans couldn’t handle Justin moving on with another beau after Selena, and ended up writing hate comments on his Instagram posts.

Selena and Justin dated back in 2011 and finally broke up in 2014!  The couple had an on-and-off relationship and have stirred quite the buzz on social media even after their break up! Seems like the fans are sill rooting for Selena and Justin.

The 22-year-old singing sensation was left with no option but to shut the haters down with the following warning:

“I’m gonna make my Instagram private if you guys don’t stop the hate this is getting out of hand, if you guys are really fans you wouldn’t be so mean to people that I like.”

Seems like Selena could not handle Justin getting all the attention alone and decided to swoop into the argument:

“If you can’t handle the hate then stop posting pictures of your girlfriend lol – it should be special between you two only. Don’t be mad at your fans. They loved you and supported you before anyone ever did,” said Selena.

The two got involved in a social media feud! Justin responded by saying; “It’s funny to see people that used me for attention and still try to point the finger this way. Sad. All love.”

“I’m not one for anyone receiving hate. Hope u all can be kind to my friends and each other. And yes I love my beliebers (sic),” he continued.

In case you all are curious about Justin’s new bae, Sofia Richie is a model in Los Angeles and the daughter of the famous singer Lionel Richie.

I'm gonna make my Instagram private if you guys don't stop the hate this is getting out of hand, if you guys are really fans you wouldn't be so mean to people that I like

Sofia Richie began her modeling career back in 2014, signing with L.A. Models. Her half sister is the popular TV sensation, Nicole Richie. The starlet hangs out with new generation celebs such as Kylie Jenner and Haily Baldwin.

Justin and his lady love, Sofia Richie, were in Japan this weekend for his Purpose World Tour.

Look who I found in the city

Here is to hoping that the fans are finally able to let go off Selena and let Sofia in! What do you all think of Justin’s new girlfriend?