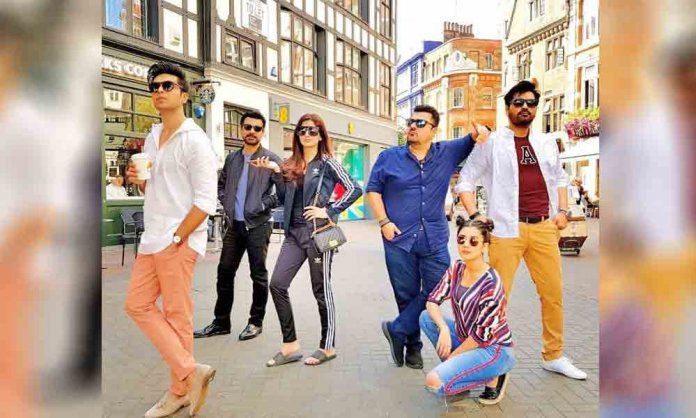 The third installment of Jawani Phir Nahi Ani series is being planned and is currently in the development process.

The team is currently on a cruise vacation to celebrate the wedding anniversary of Salman Iqbal, co-producer of the movie, and the pictures are doing all rounds on social media.

Moreover, the co-producer and the lead actor of the movie Humayun Saeed took to his Instagram account and revealed that the makers of JPNA series are working on the script of its third installment.

Although there was no date or time for when the film will go on floors, we are already thrilled about the news.

Released last year, Jawani Phir Nahi Ani 2 crossed the Rs. 70 crore mark at the Box Office worldwide and became the first Pakistani flick to do so.

Are you excited for the third installment of Jawani Phir Nahi Ani? Let us know in the comments section below.