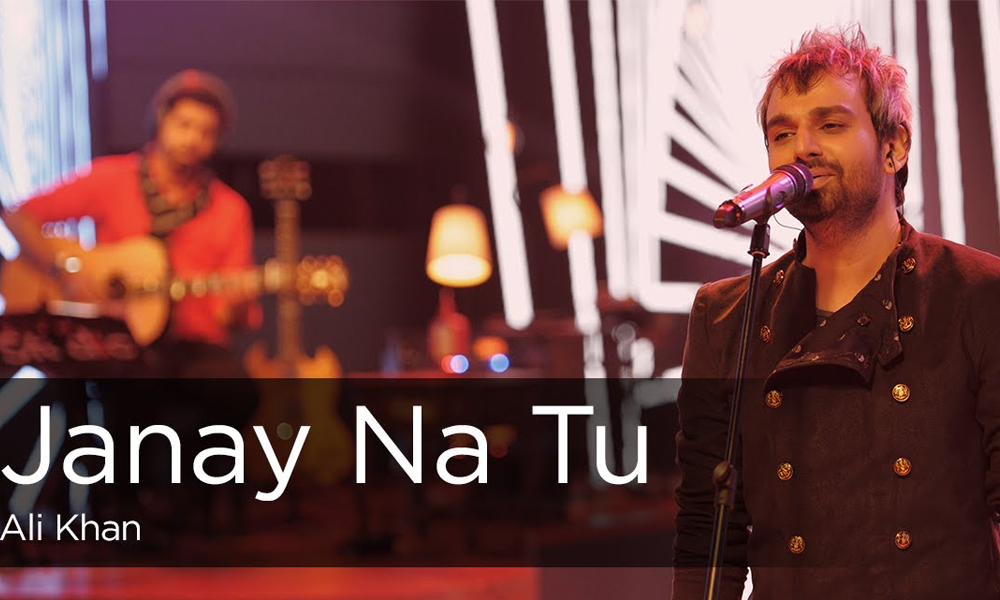 The highly anticipated first episode of Coke Studio Season 9 is out! Listen to the third song of the first episode, Janay Na Tu by Ali Khan. Music directed by Jaffer Zaidi and produced by Strings, the tune is a melodious ballad written by Ali Khan himself.

After a hiatus, Ali Khan brings yet another nostalgic tune for all of us after Saathiya.

Check out the BTS video of Janay Na Tu by Ali Khan below:

The song by Ali Khan had received overwhelming response, with over 6.3k likes and 1666 shares on Facebook in just 2 hours after the song’s release.

Coke Studio 9 was launched last week with the classic song, ‘Aye Rah-e-Haq Kay Shaheedo’, originally sung by Naseem Begum, to pay tribute to the martyrs who sacrificed their today for our tomorrows. For the launch of Season 9, this song was sung by all the artists who will be featuring in this season.

The launch of the song received a huge response from the public, with over 8.5 million views and over 370,000 shares on Facebook, over 1.2 views on Youtube and similar response on other platforms.