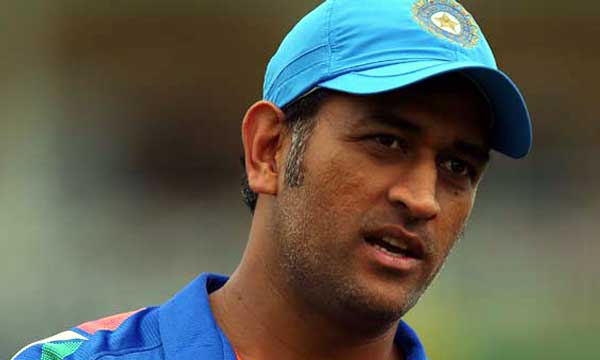 Indian skipper MS Dhoni suffered a back spasm Monday during a practice session in a major blow to his team just ahead of the upcoming Asia CupTwenty20, the national cricket body said.

Dhoni, 34, sustained the muscle injury in his back during India’s first workout in Bangladesh ahead of the 12-day tournament starting Wednesday, the Board of Control for Cricket in India (BCCI) said in a statement. The BCCI named wicketkeeper-batsman Parthiv Patel as Dhoni’s cover in the 15-member Indian squad for the event. Patel, 30, last played for India during the ODI triangular series in Australia in February 2012.

“Parthiv has been summoned as (a) precautionary measure,” the Indian team’s media manager Nishant Arora said, according to the Press Trust of India.

Dhoni’s injury comes as the latest setback for his team after Indian pacer Mohammed Shami was ruled out of the Asia Cup last week since he failed to recover from a hamstring strain.

The captain’s back problem fuelled concerns over a rejig in the batting order, and even more so over his fitness ahead of next month’s crucial World Twenty20, with India eyeing a second global title in the format.