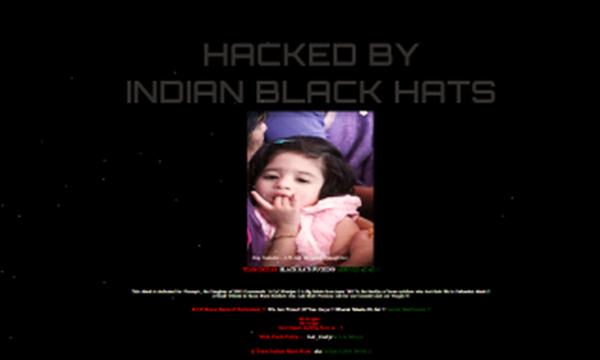 According to the Indian hackers, their act is not a call of cyber war but is only the means of sending out a message to Pakistan after the terror attacks in Pathankot.

This is the photograph that the Indian Hackers uploaded. The message said; “A Big Salute from team IBH To the families of brave soldiers who lost their life in Pathankot Attack!! A Small Tribute to those Brave Soldiers who Laid their Precious Life for our Country and our People,.. We forgive.. We forget.. Don’t Expect Anything from us..(sic).”

Talking to Times of India, the members assured that they did not delete any content from the websites that were hacked, but only uploaded an image of the late officer’s daughter, as a message to the Pakistani citizens. “This is not cyber war but sending a message,” a member said.