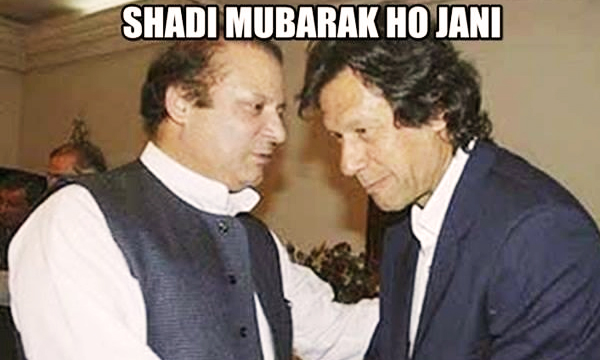 The veteran cricketer and Pakistan Tehreek-e-Insaaf Chairman, Imran Khan celebrated his 64th birthday today! Born on October 5th, 1952, the multi-talented star, also known as ‘Kaptaan’ (Captain of Pakistani team during the World Cup) is a great politician and a generous philanthropist.

The ‘Kaptaan’ played international cricket for two decades in the 90’s and was the skipper of Pakistan team that lifted the Cricket World Cup of 1992. Founder of the Shaukat Khanum Memorial Cancer Hospital, built in the name of his deceased mother, and the Numl College in Mianwali,  Khan is an inspirational figure to many.

6 Times Imran Khan Made it to the Spotlight!

Here are some lovely birthday wishes from IK’s fans!

Thank you Imran khan, you are an inspiration for so many people . Happy birthday 🎉 and stay healthy and stay strong 💪 #خان_جیو_ہزاروں_سال pic.twitter.com/f4bOmtbkTY

Only Pakistani captain to won a World Cup

Only captain who never lost a test against India. #ImranKhan #PTI

Just like every popular personality, Imran has had his share of controversies and social media criticism to deal with! On a lighter note, we decided to round up the best of Imran Khan memes and tweets that will make you roll on the floor with laughter! Remember the time Imran Khan ran for elections? He literally broke the internet with those funny political memes! All Hail, Imran Khan. Happy Birthday, Kaptaan. We love you!