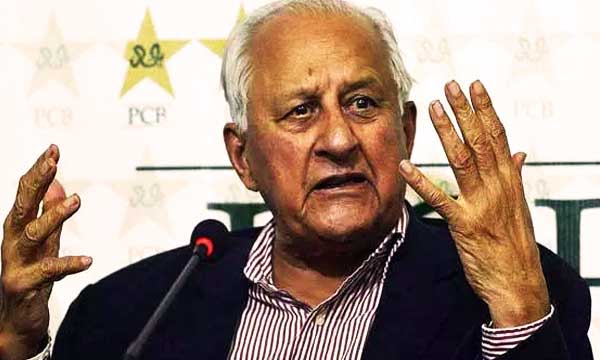 Pakistan‘s cricket chief Monday said a proposal was given to play their WorldTwenty20 matches on neutral venues next month in the event that Islamabad does not allow the team to tour India.

India host the ICC World Twenty20 from March 8 to April 3 but Pakistan‘s participation is subject to government clearance as there are specific threats that Pakistan Cricket Board chairman Shaharyar Khan said.

“We have told the ICC (International Cricket Council) now and before as well, the decision (to tour India) is with the government and it will consider if there is a specific Pakistan oriented security threat,” Khan told media.

Khan said a proposal was given during the ICC Board meeting in Dubai last week.

“Someone in the ICC meeting said that if there are doubts over extremists (atPakistan matches) we are ready to play at neutral venues in case our government does not give the permission to tour India,” said Khan.

Neighbours Pakistan and India share a volatile relationship. There was a thaw recently as Pakistani prime minister Nawaz Sharif briefly met his Indian counterpart Narendra Modi on the sidelines of a climate change meeting in Paris late last year.

That was followed by a surprise visit by Modi to Lahore to attend Sharif’s birthday and a family gathering.

But last month’s attacks on an Indian air base in Pathankot derailed the peace process leading to the cancellation of talks between the foreign secretaries.

Khan said there have been incidents recently which suggested that there are indeed Pakistan-specific threats.

“They are not general threats, like Australia had in Bangladesh and they did not send their team for the Under-19 World Cup,” Khan said.

“PCB could hold a meeting with the BCCI officials in Mumbai (the BCCI office was the scene of protests by Shiv Sena activists in October 2015), Pakistani singer Ghulam Ali’s concerts could not be staged twice over threats and before that a book launch for Khursheed Kasuri (the former Pakistani foreign secretary) was disturbed,” said Khan of the recent events in India last year.

Khan said a 500-plus Pakistan contingent featuring in the South Asian Federation (SA) Games in Guwahati was different from a cricketing event.

“There are more chances of attacks on cricketers than on swimmers and players of other games.”

“If the decision is negative then maybe the ICC will say that our matches should be held on neutral venues in Sri Lanka or the United Arab Emirates.”