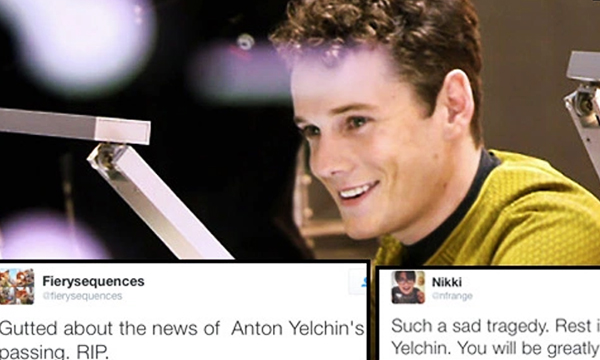 Co-stars, friends and fans added their voices on Monday to a chorus of tributes from Hollywood for “Star Trek” actor Anton Yelchin, after he was killed in a freak accident.

The rising star, best known for playing Chekov in the new “Star Trek” films, was killed by his own car as it rolled backwards in his driveway in the early hours of Sunday, police and his publicist said. 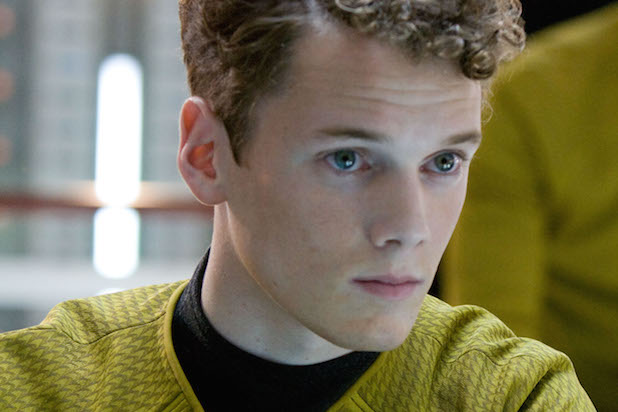 Susan Sarandon, who starred alongside Yelchin in the 2008 coming-of-age comedy “Middle of Nowhere,” described the Russian-born American actor, who was just 27, as “an original.”

“One of the most curious, funny, sweet people I’ve ever known,” she wrote on her Facebook page.

“He was a searcher, an incredible talent and a loyal and loving son. Any time would be too soon for his departure from this plane, but this is an unforgivable and unbearable loss.” 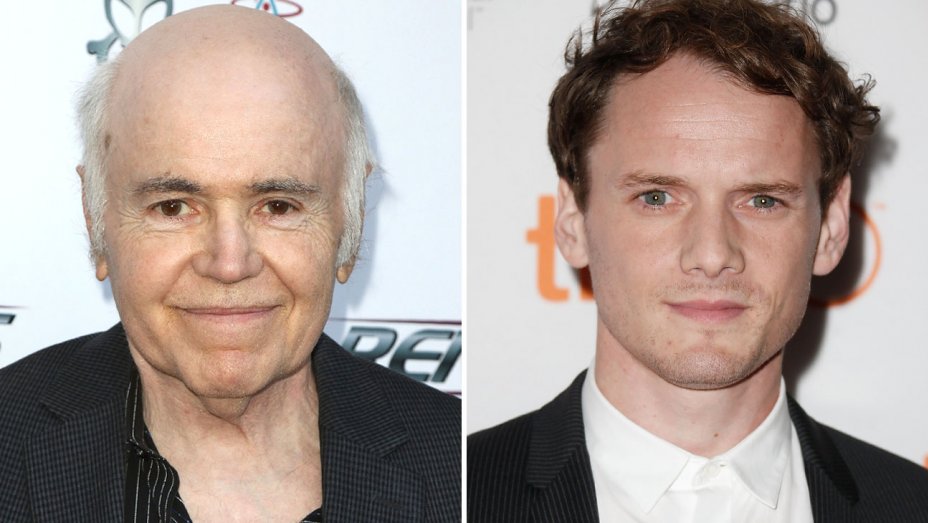 Yelchin was preparing to meet friends for a rehearsal and momentarily got out of his car at his San Fernando Valley home, according to police.

It rolled backwards down his steep driveway, pinning him against a brick mailbox pillar and security fence. Friends found him dead by the car.

It emerged on Monday that the 2015 Jeep Grand Cherokee Yelchin was driving had been under recall for the possibility that it could roll off without warning.

The US National Highway Traffic Safety Administration investigated hundreds of reports that the model would continue to move freely when drivers thought they had locked it in “park.”

Star Trek Actor Anton Yelchin Dies at the Age of 27

Yelchin moved to the United States when he was six months old with his parents, star figure skaters with the Leningrad Ice Ballet, and made his film debut at age nine in “A Man Is Mostly Water.”

His breakout performance came in the 2006 crime thriller “Alpha Dog,” and his movie credits include J.J Abrams’s “Star Trek,” “Star Trek into Darkness” and “Star Trek Beyond,” which is set for release next month.

“You were funny as hell and supremely talented. And you weren’t here nearly long enough,” Abrams tweeted.

“Star Trek” co-star Zachary Quinto described him in a tribute on photo-sharing platform Instagram as “one of the most open and intellectually curious people I have ever had the pleasure to know.”

“So enormously talented and generous of heart. Wise beyond his years, and gone before his time. All love and strength to his family at this impossible time of grief,” he said.

Justin Lin, who directed “Star Trek Beyond,” paid tribute to Yelchin’s “passion and enthusiasm” while Mark Hamill, who plays Luke Skywalker in the “Star Wars” films, lamented that Yelchin had “his whole career ahead of him.”

Horror novelist Stephen King and actors William Shatner, Tom Hiddleston and Anna Kendrick noted Yelchin’s immense talent and passion, while Bryce Dallas Howard, his co-star in 2009’s “Terminator Salvation,” described him as “an angel on earth whose light will never be extinguished.”

Milla Jovovich, who acted opposite Yelchin in 2014 Shakespeare big-screen adaptation “Cymbeline,” described him as her “brother” and said she and her family were “destroyed” by his death.