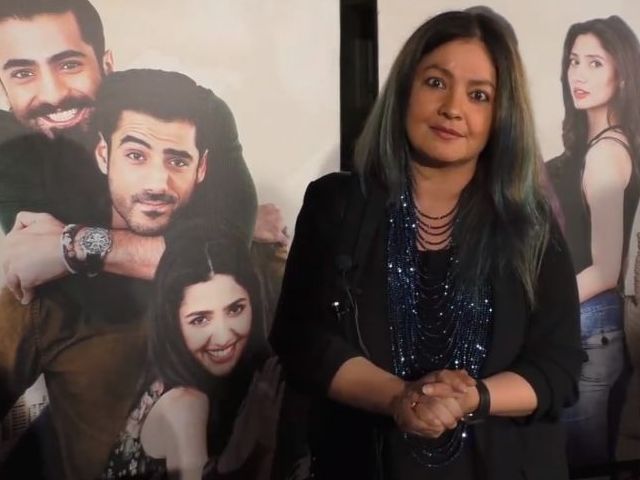 Now that Ho Mann Jahaan has finally hit the screens and is reaping rave reviews, the famous Indian director Pooja Bhatt too attended ‘Ho Mann Jahaan’s’ premier in Karachi and added in her review for the movie-buffs.  She revealed that she was totally amazed by the quality of the film and the synergy with which everybody worked together.

The veteran artist of the neighboring nation recorded a video message at the premier in which she conveyed her best regards for the film and her hopes to see more movie of the such work in the future. She also mentioned that she started her career from the same city and is hoping to see Asim Raza get to greater heights in the future.  Bhatt  was sure that Ho Mann Jahaan will do good at the box office.

View pictures from her stay in Karachi.

My favourite chair in my favourite room in the world! #karachidiaries #homecoming #friends #family #library #seafield

The sea,sunshine,an open sky & friends… What more could a girl ask for? #karachidiaries #homecoming #friends #Pakistan

Bilal Ashraf, who also attended the premiere, recorded a video message about his expectations from the movie and how  much of it has been achieved.

Ayesha Omer was also spotted talking about the movie at the premier.