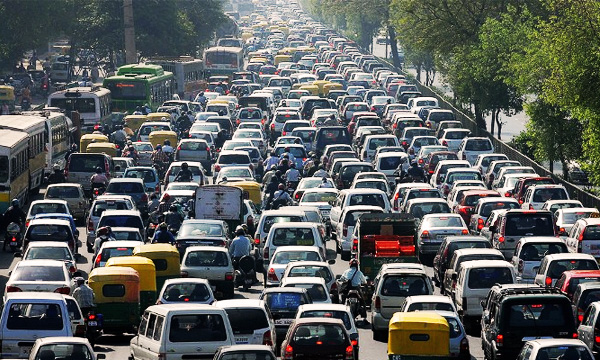 The 9th International Defence Exhibition and Seminar 2016 (IDEAS) is being hosted at Expo Centre Karachi, over the course of four days from 22nd of November to the 25th by the Defence Export Promotion Organisation (DEPO), in which 90 defence delegations of 43 countries are participating.

261 foreign and 157 Pakistani ordnance companies are having their products on display.

That will definitely bring in loads of unwanted traffic, not only from the event-goers but from the general public as wel since major routes have been shut dow in the city including Karsaz, University Road, Shaheed-e-Millat, Nipa and others. Here are the road plans have been altered for the event:

Traffic plan of Ideas 2016, explained.
*
For further help you may mention us in your tweets and we'll help you.#Karachi #KhiAlerts pic.twitter.com/aJ2dZYLQNg

SSP Erum Awan said that the office of the deputy inspector general of police has decided to keep both tracks of the University Road open as opposed to what was decided before.  The earlier decision was to close the road from morning to afternoon. She said, “It may be closed for a few minutes during VIP movement, but will be reopened soon after”.

From 22nd – 25th November, University Rd will be closed due to Ideas 2016 Expo. Please avoid these routes.#Karachi #KhiAlerts #ExpoCenter pic.twitter.com/BIyEqVlocw

Starting from tomorrow, more than 1,450 policemen will be placed around the routes towards to the exhibition along with being in charge of any mishaps that might occur during this time.

IDEAS 2016- The International Defence Exhibition and Seminar: All You Need to Know!