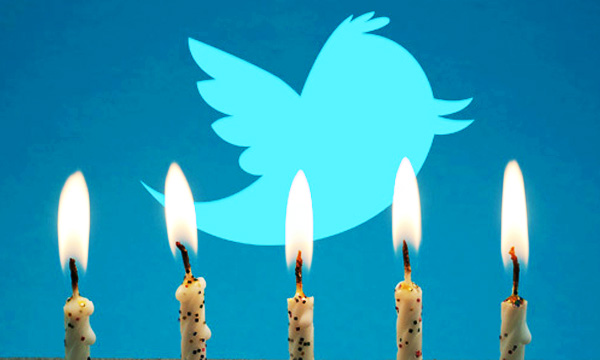 Over its 10-year history, Twitter has marked numerous world events and created its own unique moments.

Here are a few key milestones in Twitter history:

April 2008: US university student James Buck (@jamesbuck) got off a one-word tweet “Arrested” after being taken into custody by Egyptian authorities at an anti-government protest in that country. In what is seen as an early demonstration of the power of Twitter to rally people to a cause, the resulting outcry prompted authorities to quickly restore his liberty. He proclaimed his release in a tweet reading “Free.” January 2009: “There’s a plane in the Hudson. I’m on the ferry going to pick up the people. Crazy.” Latvian-American Janis Kums (@jkrums) delivers news of a US Airways jet that crash-landed on the Hudson River in New York, breaking the story ahead of mainstream media outlets.

May 2009: The first tweet from space from astronaut Mike Massimino (@astro_mike): “From orbit: Launch was awesome!! I am feeling great, working hard, & enjoying the magnificent views, the adventure of a lifetime has begun!”

2011: The #ArabSpring hashtag takes hold on Twitter, underscoring the importance of the messaging platform in pro-democracy uprisings starting in Tunisia.

May 2011: “Helicopter hovering above Abbottabad at 1AM (is a rare event).” IT consultant Sohaib Athar (@ReallyVirtual) unknowingly tweets about US Navy Seals raiding a nearby home in Pakistan where Osama bin Laden was hiding. Bin Laden was killed during the operation.

November 2012: President Barack Obama (@BarackObama) tweets “Four more years” to proclaim his re-election victory along with a picture of him and his wife, Michelle, hugging. The post was the most shared tweet at that time.

December 2012: Pope Benedict XVI launched the first papal Twitter account (@pontifex), which was continued by his successor, Pope Francis. The first message was “Dear friends, I am pleased to get in touch with you throughTwitter. Thank you for your generous response. I bless all of you from my heart.”

March 2014: A picture tweeted live from the Oscars ceremony by Ellen DeGeneres (@TheEllenShow) with Jennifer Lawrence, Brad Pitt and taken by Bradley Cooper is retweeted more than three million times, a record: “If only Bradley’s arm was longer. Best photo ever. #oscars”

June 2014: The Central Intelligence Agency (@cia) shows a sense of humor: “We can neither confirm nor deny that this is our first tweet.”

June 2015: Caitlyn Jenner (@Caitlyn_Jenner) makes her new transgender identity public: “I’m so happy after such a long struggle to be living my true self. Welcome to the world Caitlyn. Can’t wait for you to get to know her/me.” The message is retweeted more than 250,000 times.