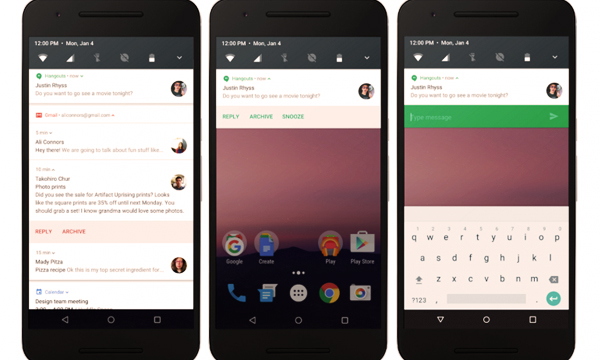 Google has released an updated preview version of Android N for members of the Android Beta program, boosting stability and adding new features. The firm is expected to outline the final version of its new mobile operating system at the Google I/0 conference, May 18-20, 2016. In the meantime, here’s a look at some of the new features already on the agenda.

One key innovation in Android N is the picture-in-picture function for using two applications simultaneously, open side by side (tablet) or one over the other (smartphone). This mode is even more eagerly awaited since it already features in third-party interfaces for Google’s OS — like those made by Samsung and LG — as well as in competitor platforms iOS and Windows.

This mode is even more eagerly awaited since it already features in third-party interfaces for Google’s OS — like those made by Samsung and LG — as well as in competitor platforms iOS and Windows.

Other new features include revamped notifications, promising a faster and easier-to-use system no matter what applications are open. Launcher shortcuts also let users create custom shortcuts to specific features in certain applications. This could, for example, be a shortcut to

This could, for example, be a shortcut to message a particular contact or to access a specific folder in an email inbox. On a more technical level, Android N now also supports the Vulkan programming interface, a 3D rendering API for developers. 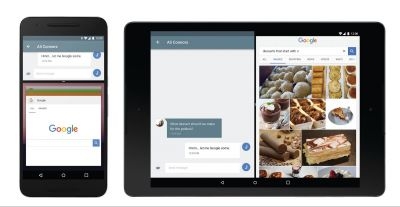 Google promises improved battery saving in Android N, plus options for limiting data use by reducing the quality of images and video streams, which could prove handy for users with limited data packages.

Finally, Android N gets support for Emoji Unicode 9, bringing users the latest emojis with more human-like faces and a variety of skin-tones.

Google is expected to present the latest features of its Android mobile operating system in detail at the Google I/O conference, held in Mountain View, California, May 18-20, 2016. By giving developers a first look ahead of time, Google could be ready to start rolling out Android N from this summer on a new lineup of Nexus devices, before quickly following with updates for Android Marshmallow products. All that remains now is to find a suitable snack to name the OS. Three years after teaming up with KitKat, could Google have an Android Nutella in store?