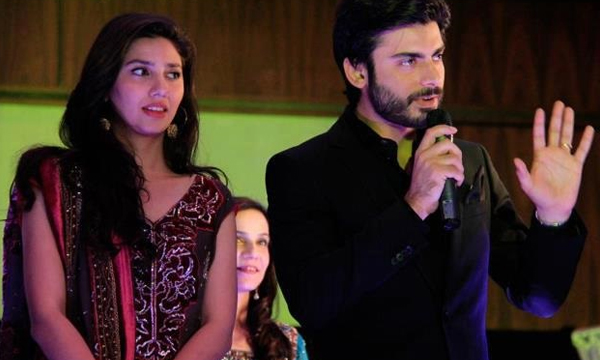 Fawad Khan and Mahira Khan have faced enough troubles in India after the ban of Pakistani celebrities in Bollywood, now they are being forced to stay silent on the matter. Apparently, the makers of ‘Ae Dil Hai Mushkil’ and ‘Raees’ have given the stars clear instructions not to comment on any issues regarding the ongoing controversies.

Of course, Indian media will be ready to attack them with questions. In order to protect the reputation of the celebrities and makers of the film while making sure their comments do not become twisted, they have been forced to remain silent on this matter.

“The makers of Ae Dil Hai Mushkil and Raees have banned Fawad, Imran and Mahira from giving any interviews. All the three stars have been given clear instructions that everywhere they go, they will be asked about the issue (the ban on Pakistani artistes in India) but they should avoid it. In fact, the makers have told them not to interact with the media because they don’t want their (Fawad or Mahira’s) view be misconstrued, which could spoil things further”, reports Bollywoodlife.

The recent ban by Bollywood on Pakistani superstars has enforced many alterations on upcoming projects including Fawad’s and Mahira’s. This is not Fawad’s first spin at the rodeo. However, this is Mahira’s big Bollywood debut which has been tarnished due to the ban by the ‘Indian Motion Picture Producers’ Association’.

The increased tensions between the two countries caused the film industries to support their respective governments. Fawad and Mahira received backlash for their refusal to speak up about the attacks. Nevertheless, they did share their opinions on their several personal social media platforms previously. Certainly, they encouraged peace between India and Pakistan.

Karan Johar, director of ‘Ae Dil Hai Mushkil’, came under fire for not replacing Fawad’s role in the film. However, after proposing a deal with with the state government and reducing Fawad’s screentime, the film is set to release in Indian cinemas. Similarily, ‘Raees’ producers, Ritesh Sidhwani, Farhan Akhtar and SRK, as well as director, Rahul Dholakia, all seem positive that by the time the film releases in January, border matters will have settled down.

The instructions given by the makers of both films to the Pakistani actors seem reasonable considering the situation at hand. Here’s to hoping that amidst all this trouble, two wonderful films will surely come out of it!