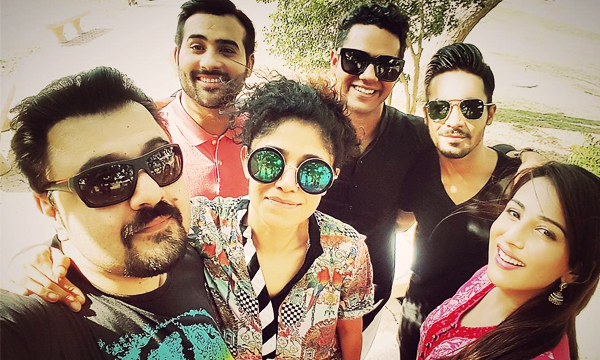 The beauty with perfect curls, Angeline Malik who is also an actress and a director in the Pakistani Entertainment Industry is all set to release three telefilms on coming Eid. All three Eid transmissions including Dulha Mil Gya, Jooth Wala Love and Eid Main Pyar Ka Tarka will be aired on Eid 2016.

Her third eid transmission includes Eid Main Pyar Ka Tarka on HUM TV which is a definitive humor, with lots and lots of giggles, laughter, with an extra comedy tarka.

The cast includes Aiman Khan and Muneeb Butt along with Farah Shah, Khalid Anum and Khalid Ahmed in supporting roles.