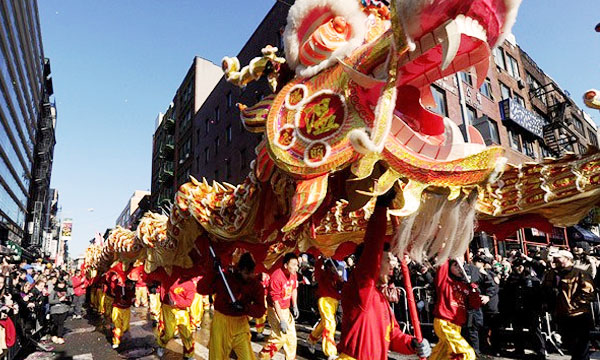 Chinese New Year 2016, also known as the Spring Festival, the biggest celebration of the year outside of Asia will be celebrated on Monday, February 8th 2016 at London. According to the Chinese calendar, the Chinese New Year marks the start of  the ‘Year of the Monkey’.  The celebrations in order to mark this festival, begin a day before the New Year’s Eve and continue until the Lantern Festival i.e the 15th day of the New Year. Celebrations in London are set to be the biggest celebrations outside of Asia, set to begin on Valentine’s Day, i.e. Sunday, February 14th. Thousands of people are expected to mark the occasion in London’s Chinatown, where a parade conventionally takes place.

It is expected to start at 10 am, travelling along Charing Cross Road and Shaftesbury Avenue in the West End before reaching Chinatown; however exact details are yet to be released. The parade usually includes entertainment activities such as the acrobatics, traditional dances, music and much more. View some images from the event below:

The Chinese have their own impressive way of celebrating the New Year’s. Each New Year is characterized by the name of 12 animals that appear in the Zodiac Signs and, this time, it’s the year of the Monkey, the ninth animal in the cycle. The cycle for the Monkey is likely to repeat in the year 2028.

People born in the ‘Year of the Monkey’ are characterized as quick-witted, curious, innovative and mischievous, but it is also believed to be one of the most unlucky years in the Chinese calendar.

Check out the rough guide of the Zodiac Signs for the upcoming years, revealed by telegraph.co.uk below: