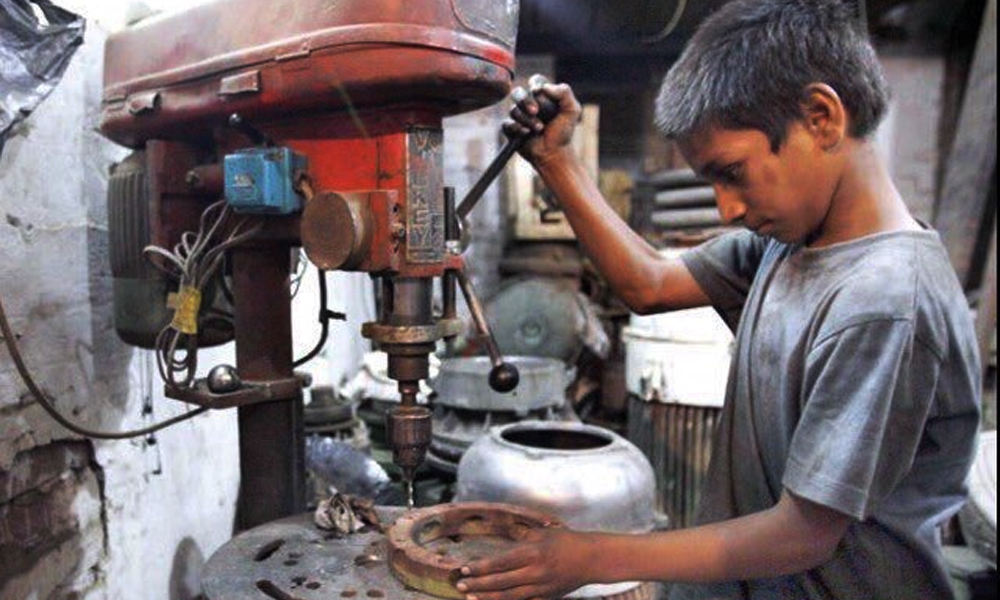 The Sindh Assembly in Karachi unanimously passed a bill against the employment of under-age children below the age of 14. The Bill passed is called the Sindh Prohibition of Employment of Children Bill, 2017. This carries prison time for up to 6 months and a fine for up to Rs.50000 to the employer.

If the child in question is employed for a dangerous job then the prison term would be increased to up to 3 years with an additional Rs. 100,000 fine.

Chief Minister, Murad Ali Shah mentioned that an existing law, The Employment of Children Act 1991 already existed at the federal level but it has now been amended by provinces. Khyber Pakhtunkhwa and Punjab have already changed the Act and it is now Sindh that has taken a stance. The bill was passed unanimously after members from various political parties agreed and voted in favor.

According to the Child Labor Bill, any child who is aged under the age of 14 cannot be employed by any factory or company. If they are employing a child between the age of 14 to 18 they would have to follow strict regulations and meet conditions before they are allowed to do so.

Sindh Senior Minister for Parliamentary Affairs, Nisar Ahmed Khuhro, explained that after the 18th Constitutional Amendment, it is now the responsibility of the provincial government to protect the less fortunate children from falling under undue economic exploitation. He also mentioned that the government was to introduce a separate law for household underage workers.