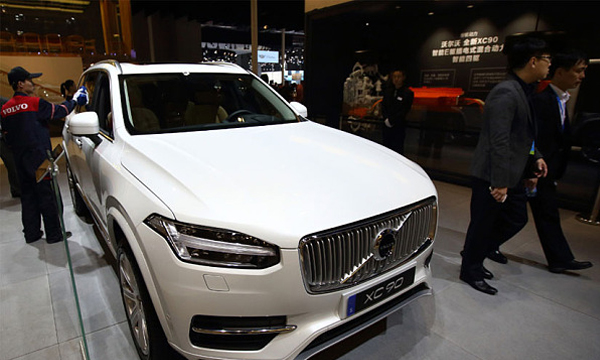 Many British automotive marques are already forging reciprocal links with Chinese firms. Aston Martin is working with LeEco to develop an electric version of its Rapide super sedan and everyone from Jaguar to Bentley is also developing models with longer wheelbases and greater space for rear passengers, uniquely for the Chinese market.

But how do these storied British brands get the biggest and youngest car-buying market to fall in love with them within the next few years, when they’ve had over 60 years to become pin-up fixtures on children’s walls in Europe and the US? Jaguar has already hired David Beckham as its sportscar ambassador to China, but, as football fans will tell you “There’s only one David Beckham” so it appears the long-term answer is to celebrate all that’s good about British motoring heritage is by crafting a festival on a par with the Goodwood Festival of Speed and bringing it to the Chinese mainland.

The British Motorsport Festival (BMF), will open its doors to the public at the Goldenport track, Beijing, on October 1 and promises past, present and future cars from Jaguar, Land Rover, Lotus, McLaren, Morgan and Noble.

But more than simply trying to get car fans excited, the two-day event will be a proper family-inclusive lifestyle experience.

So the event promises racing, a ladies competition, go-karting and electric car racing for kids plus a vintage car show.

Alongside the festival the UK government is also assisting in setting up an annual motorsports conference, in partnership with Motorsport China, the first of which will be held in Shanghai on November 2. Because as with every country that starts to fall in love with cars, the urge to race tends to follow very quickly. But there are pitfalls that need to be avoided if it’s going to be done in a sustainable, profitable way.

“Motorsport in China is developing rapidly, and the goal of the Conference is to bring experts from the UK and China together to discuss best practices, build deeper relationships and ultimately to develop the industry to a world class level,” said Managing Director of Motorsport China, Steven Lu.

So the conference will bring together experts from every facet of racing from track development to team owners and specialist services companies under one roof.