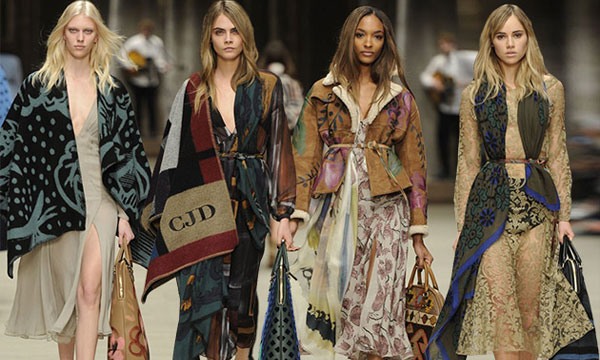 Burberry is launching its new fashion collection on Instagram.

The British heritage brand took to the social media platform to announce the news that select pieces will be available to purchase via the site immediately following its catwalk show at London Fashion Week, as reported by Hypebeast.

According to the post, the pieces will be available for 24 hours online and in the house’s flagship London store almost immediately after the collection makes its runway debut on September 17. Hypebeast reports that the limited-edition pieces will also go on sale via the Chinese social platform WeChat.

The move will only increase the anticipation surrounding the show, which will be the first for the brand’s newly-appointed creative officer Riccardo Tisci. It is the latest shakeup at the house since the Italian creative stepped in to replace former creative officer Christopher Bailey earlier this year — other changes include the recent unveiling of a new logo and monogram, as well as the news that the label has ceased using real fur and angora in its designs.

Using social media as a retail platform has become a growing trend among luxury fashion labels, with brands such as Tommy Hilfiger and Tod’s testing out Instagram and WeChat as a means of drawing in shoppers.